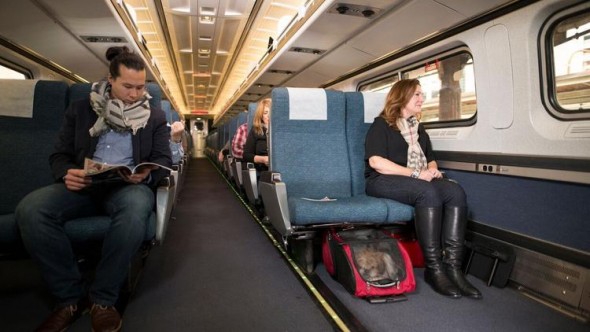 Recently, Delta Airlines has said they will not be putting pets in the cargo holds of their airplanes, and instead will allow them in the cabin of the plane.  Amtrak, a popular American train travel service, has also just announced that small dogs and cats will be allowed to travel with their humans on most of their regular routes.

The announcement from Amtrak came this past Tuesday.  They said that because of the success of their pilot program that was being tested in a limited number of areas, they will officially being making it okay to have small pets in carriers, ride right alongside their humans. 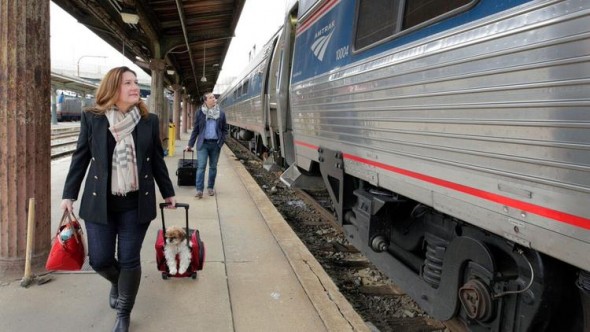 The new regulations for pet travel on Amtrak are as follows:

1.) Pets are limited to small cats and dogs (animal with carrier must weigh 20 pounds or less).

3.) Pets must stay with their owner (no cargo or shipping animals).

4.) And pets must stay in their carrier during the entire ride.

Amtrak is also adding the pet service to most of their long-distance routes lasting less than seven hours as well.  Those people in California may have to still wait a bit for everything to go through, but in most other places, passengers will be able to purchase pet tickets starting the 16th of February.

68 thoughts on “Amtrak to Allow Small Pets as Travel Companions”