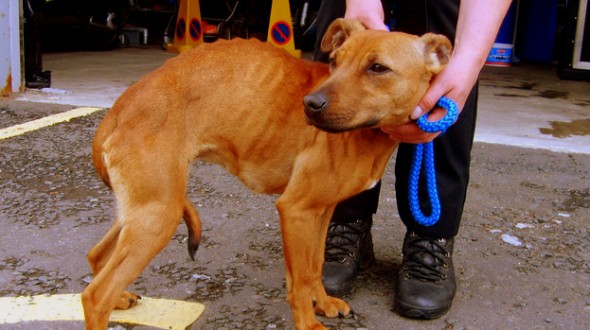 A Scottish man was given a life ban on pet ownership after allowing his four-year-old pit bull to starve. The dog, named Kiera, has since recovered and been adopted.

Norman Lowson, 60, of Alva, Clackmannanshire pleaded guilty to failing to provide an adequate and wholesome diet to his dog. When Kiera was found by Scottish SPCA officers she was reported to be emaciated.

“When we visited Lowson’s property in March 2012 we found Kiera to be in very poor condition,” said SPCA Inspector Louise Seddon. “All her ribs, spine and pelvic bones were visible and prominent and her head looked too big for her body. We removed her to be examined by a vet and the vet assessed her to have a body score of 1.5 with 1 being emaciated and 5 being obese.” 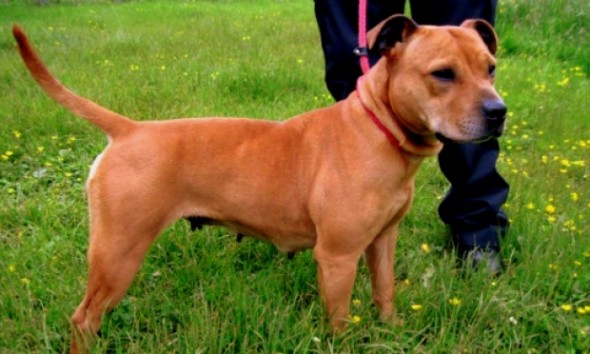 Lowson was fined £315 ($515) and has been banned from owning animals. Section 40 of the Animal Health and Welfare Act of 2006 prevents Lowson from owning or keeping animals, working with them or providing any animal-related service.

“Thankfully Kiera made a full recovery in our care and she has since been re-homed to a loving family,” Seddon said. “We are delighted Lowson has received a life ban as he has demonstrated that he is unfit to provide an animal with even the most basic level of care.”

5 thoughts on “Animal Abuser Given Life Ban on Pet Ownership”