Many people know dogs for their ability to sniff and find drugs at schools, find bombs at airports, locate stranded or lost hikers, and track criminals. 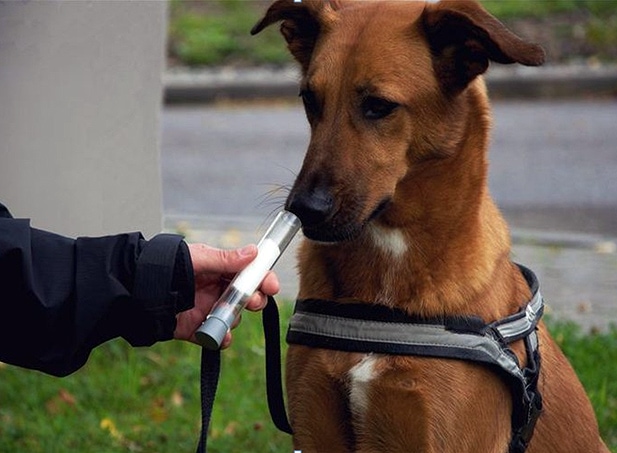 However, many do not realize that dogs can also be trained to find cancer.  A dog’s nose is an extremely powerful tool that can smell 100,000 times better than a human. With this in mind,  researchers and dog trainers have been working together to see if training dogs to detect cancer is a viable and realistic.

In one recent experiment in Germany, researches saw that dogs correctly identified 71 patients with confirmed lung cancer out of the 100 that had the disease.  In the same experiment, they correctly identified 93% of people who did not have cancer.  This amazing ability could help doctors discover cancer in its early stages and help increase the probability of curing it.

With cancer causing such a high percentage of death in the United States and around the world, the ability to detect and cure cancer at the earliest stage possible would be a huge breakthrough in the medical world.  Leukemia kills thousands of people each year.  Even though cancer can be hereditary and hard to cure, being able to detect it earlier it will help increase chances that life saving treatment will be more effective.

Even though all dogs have amazing senses of smell, only a few breeds are normally used for their sniffing abilities.  Many people are familiar with Basset hounds, Bloodhounds, and German Shepherds for their keen sense of smell.  Many of these dogs are specially bred and trained to be used solely to become sniffing dogs.   Besides smelling for cancer, these detection dogs have many other different roles that some people would probably never guess a dog could be trained to do.  It is truly amazing that a dog can be trained to smell even the smallest particle of cancer and possibly lead to the saving of many lives.

Finding the best way to prevent cancer has been a huge task for scientists ever since cancer research became prominent in the 20th century.  Cancer is a global problem that does not discriminate, so millions of lives can be saved by dogs that are trained to detect cancer.  Males over the age of 85 have one of the highest cancer rates in the world, so assisting the elderly should be a high priority to reduce the amount of deaths from cancer each year.

In the final analysis, what doe this mean?  Cancer is one of the largest causes of death each year: by training our best sniffing dogs to detect cancer in its earliest stages, we are creating a path towards eliminating deaths from cancer once and for all.

1 thought on “Are Dogs the Future in Detecting Cancer?”