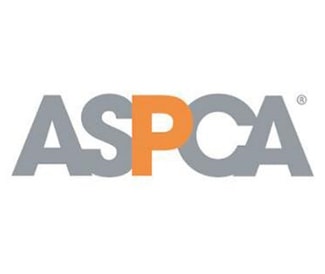 The The American Society for the Prevention of Cruelty to Animals has launched a new phase of its national “No Pet Store Puppies” campaign in Columbus, Ohio. The campaign raises awareness about puppy mill cruelty and aims to reduce the demand for puppies that come from puppy mills by urging consumers not to buy anything at pet stores or on Web sites that sell puppies. ASPCA volunteers in Ohio have identified more than 50 pet stores in the state that currently sell puppies, with six in Columbus.

A newly released poll conducted by Lake Research Partners and commissioned by the ASPCA reveals that while 86 percent of Columbus area residents would not purchase puppies if they knew they came from puppy mills, 74 percent of Columbus area residents are unaware that most puppies sold in pet stores come from them. Operators of these large-scale commercial breeding operations breed dogs in unsanitary, overcrowded and often cruel conditions where profit is given priority over a dog’s well being.

“Columbus is an important target region for the campaign because of the numerous pet stores that sell puppies in the area,” said Jodi Lytle Buckman, Senior Director, Community Initiatives for the ASPCA, who works with the local Ohio animal welfare community on behalf of the ASPCA.  “Our goal is to raise awareness among Columbus consumers, most of whom know that puppy mills are bad, but don’t realize that most pet store puppies come from puppy mills. Consumers can help end puppy mills and the inhumane treatment of dogs by not buying anything in pet stores or on Web sites that sell puppies. This campaign sends a clear message that consumers do not support the inhumane treatment of dogs.”

As part of a major public education campaign, 19 outdoor billboards went up this week in the Columbus area that make the connection between pet store puppies and puppy mills, and targeted online ads were placed providing a captivating and simple call to action. The ASPCA encourages animal lovers to support the campaign by taking an online pledge not to shop at their local pet stores or on Web sites for any items—including food, supplies and toys—if the stores or sites sell puppies. The ASPCA urges consumers to share the online pledge with others to help spread the message about puppy mill cruelty. The pledges will be sent to strategically selected pet stores in order to pressure them to stop selling puppies. Additionally, NoPetStorePuppies.com hosts a series of videos, which can be shared online and via social media platforms to engage consumers and help spread the message about puppy mill cruelty.

“Those adorable puppies in the pet store window are hard to resist, but, unfortunately, shopping at pet stores that sell puppies only serves to support the puppy mill industry,” said Laurie Beacham, Senior Director, ASPCA Strategy & Campaigns. “Our campaign will educate consumers and inspire them to take action to be part of the solution and reduce the demand for puppy mill puppies. We continue to urge those who are looking for a new companion to adopt a dog from a rescue or shelter or seek a responsible breeder so that the puppy mill industry becomes unsustainable.”

Responsible breeders, unlike puppy mills, do not sell their puppies through pet stores because they want to screen potential owners to ensure that the puppies are going to good homes.

The ASPCA believes that consumer action is a critical element in the fight against puppy mills. Convincing consumers not to shop for anything, including puppies, at pet stores that sell puppies is the most effective way to stop the demand for puppy mill dogs. The ASPCA ultimately seeks to convince pet stores to limit their business to pet supplies and encourages them to partner with their local shelters to offer adoptable pets in their stores.

To learn more about the campaign, please visit www.NoPetStorePuppies.com.