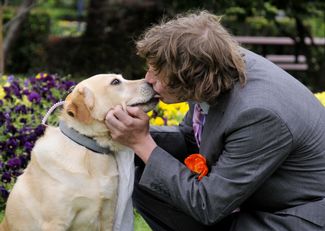 An Australian man from Toowoomba married his best friend yesterday – a five-year-old labrador.

Laurel Bank Park was chosen as the venue for the wedding of Joseph Guiso and Honey, a Labrador he adopted five years ago. Held at dusk, thirty of the couple’s closest friends and family attended the ceremony. “You’re my best friend and you make every part of my day better,” Mr Guiso’s vows read.

Guiso said the pair decided to marry after observing a wedding in Laurel Bank Park during an afternoon walk. “I said that could be us,” Guiso said. “She didn’t say anything so I took that as a yes.” 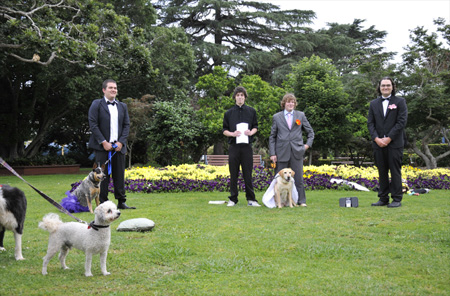 Mr Guiso said as a religious person he could no longer take the guilt of living with Honey out of wedlock. “It’s not sexual,” he assured the onlookers. “It’s just pure love.”

It pains me to add this, but the couple are planning a honeymoon in one of the area’s nature parks.