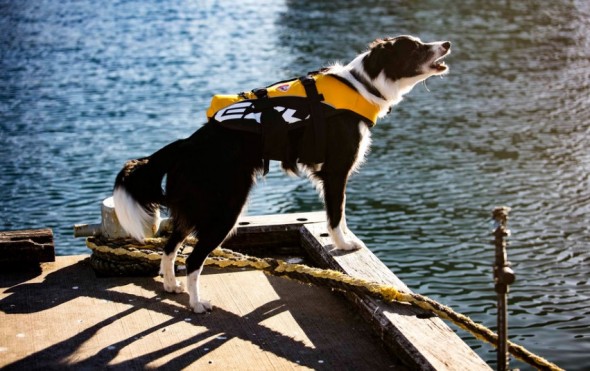 Bailey is a rescue border collie from Australia, and has very special job as a “Seagull Security Guard.”  Bailey has been hired on to keep the often troublesome birds from nesting in the museum displays, as many of them are outdoors in Pyrmont, which is a suburb of Sidney.

The team tasked with dealing with the birds in the most humane way possible, tried a number of things before adopting Bailey.  They tried spraying them with water, and even brought in a number a fake birds all in an effort to scare them off.  However the seagulls, as they often are, were VERY persistent.

That’s when they decided to hire on Bailey.  They have even provided her with a special life jacket, just in case things ever call for drastic measures.  According to the museum team, Bailey is doing quite well, the birds have simply begun to nest elsewhere, and not one of them has been killed or injured in the process.  A very ideal outcome indeed.