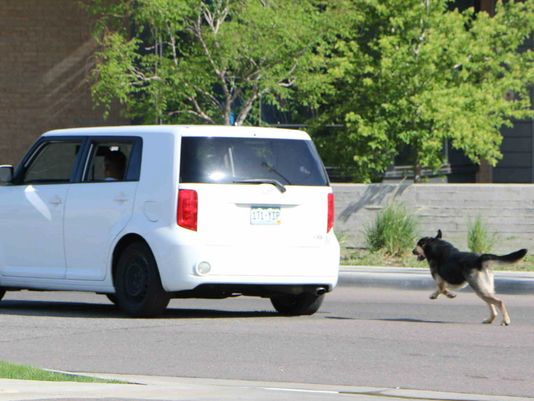 Denver, Colorado Animal Control is looking for help in locating a man they say is driving to one of their locations, and attempting to repeatedly abandon a dog in their parking lot.

On the 19th of May, animal control officials say a dog owner randomly drove up to their West Bayaud Avenue location, tossed the dog out of his car and into the lobby, and attempted to drive away.  As he got back into the car, the dog managed to get out of the building and began to chase his owner down.

People that actually witnessed the event, say the man got back into his truck and threw it in reverse, nearly backing up over the dog as it tried to jump back in.

Aaron McSpadden, a Lieutenant with Animal Control said that a couple of hours later, the same man showed up and tried the same thing again.  This time, the dog was unable to get back into the truck before it took off.

According to McSpadden, there has been an investigation launched into who this man is, and exactly why he tried dumping the dog off at animal control, without properly surrendering him.  If caught, he will face animal cruelty charges.

The dog is described as a black and brown, male, German shepherd.  The dog was last seen running southbound along a bike path near Alameda and Platte River Drive, and may be injured.

Officials are asking anyone with any information about the man, or the location of the dog to call Denver Animal Control at 720-337-1800