A Nevada baggage handler says she was forced to choose between her morals and her paycheck – and that she was fired for choosing to do the right thing. 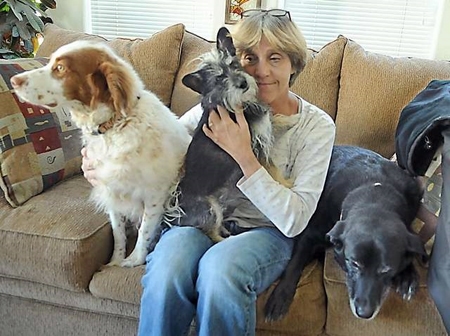 Lynn Jones was working as a baggage handler at the Reno-Tahoe International Airport when she says she was asked to load a dog into the cargo hold of a plane waiting to depart for Texas on November 15th. When she looked closely, she noticed that the dog was listless in its carrier, bleeding from its paws, emaciated and covered in sores. Horrified by what she saw, she refused to put the dog on the flight.

“The Transportation Safety Authority officers couldn’t even get the dog to stand up to be X-rayed,” said Jones in an interview with the Reno Gazette Journal. “Everyone who saw it, the TSA people, the Airport Police officers, the girls at the ticket counter, was concerned. The dog was so weak and torn up. It didn’t look like it could survive the flight.”

Despite her protests to the contrary, Jones said her supervisor told her the condition of the dog was not her concern because the owner had provided necessary documentation for the trip. She was also told that she risked termination if she did not get over it. “I was crying,” she said. “I kept saying that dog could not be put on a plane.”

Her dismay prompted airport officials to call Washoe County Regional Animal Services, who immediately took possession of the dog in order to have it treated by a local veterinarian. Jones said animal control officers echoed her sentiments about the condition of the weary canine. Shortly thereafter, Jones was summarily terminated.

Jones was an employee of St. Louis based Airport Terminal Services. When contacted for comment they declined. Jones says she was told that she was fired for abandoning her position.

“I didn’t abandon anything; I was told to leave,” she said.

Airport officials said that after a series of treatments and a follow-up exam, the dog was flown to Texas. They also added that said they were sickened by its initial condition.

Jones said as much as the loss of employment stings, she would do the same thing again if forced to choose.  “I just couldn’t turn my back on that dog…my supervisor said it wasn’t my concern, but animal abuse is everyone’s concern who sees it.”
photo: Marilyn Newton/Reno Gazette Journal