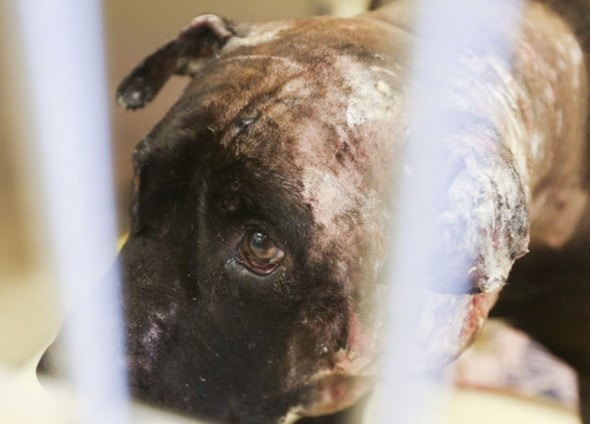 In Kalamazoo, Michigan, a dog called Little Bear is safe and sound.  This may not seem like a remarkable statement at first, but once you hear his story, and see what he has gone through, you’ll understand why he is a living canine miracle.

No one really knows how much of Little Bear’s life was spent as a bait dog for a dog fighting ring.  By the looks of things, he was muzzled and rendered defenseless.  Then, some sick person would use him to train a different dog for fighting. 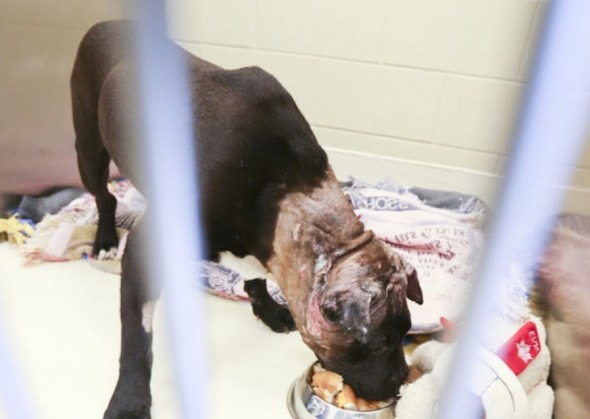 Due to his injuries, it took over two hours of surgery to get him properly stitched up.  He was then taken to the SPCA of Southwest Michigan for continuing care and rehabilitation.

It is unlikely that we will ever know just how long Little Bear had to endure this horrific treatment.  What is known is that he is in very good hands.  And even though his injuries were the “worst ever seen” by doctors and surgeons, it is expected that Little Bear will one day make a full recovery.