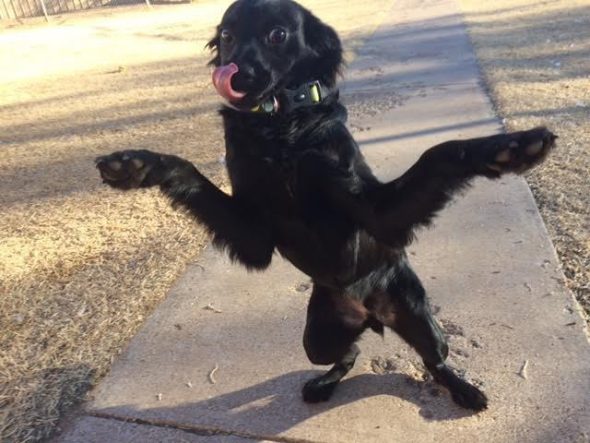 Banana is what you might call a “high-energy” dog.  The people at the shelter say that Banana loves to play so much, that whenever they bring him out to play, he just NEVER STOPS MOVING!  He runs in circles, jumps up and down and is just so seemingly happy it’s so hard not to get caught up in all of that energy, yourself.

“He’s always moving around,” said Shilah Remsburg.  Remsburg is the lead kennel tech at Lollipop Kennels, boarding facility in Texas where Banana lives with other rescue dogs.  “You can’t get him still for a minute to get a normal picture of him.  He’s just really goofy and has a lot of energy.” 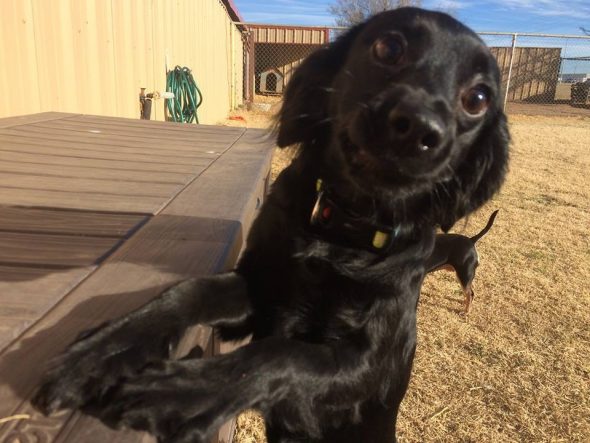 If you take Banana’s energy, and pair that with his long and lanky form, and it all makes for an insanely adorable dog.  He also loves the attention that he gets for his personality, and takes every opportunity possible to ham it up to the max.  One of his favorite things to do is pose in some very strange ways for people to take pictures.

Things weren’t always so awesome for Banana.  He and his two siblings were taken from their home, because the people that were supposed to be caring for them were not doing so at all.  None of them were getting adequate food or water, and rarely had proper shelter either.  A family member of the neglectful party stepped in to adopt a few of the other animals that were also taken at the time. 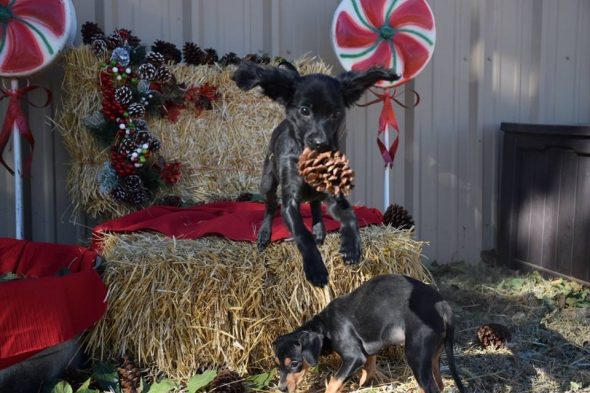 Banana is now looking for a forever family, and shelter staff are really hopeful for the cute little guy.  They believe that Banana could be a really great dog if someone put a little time into training him properly.  They know that at times he’s going to be a bit much for some people to deal with, but the right family IS out there somewhere.

“He doesn’t like to be held much,” Remsburg.  “He just likes to run around.  He’s not the type of dog who would just sit and chill.  He’ll be a handful for sure.  He’s going to need someone to throw him a toy or ball and give him some exercise.” 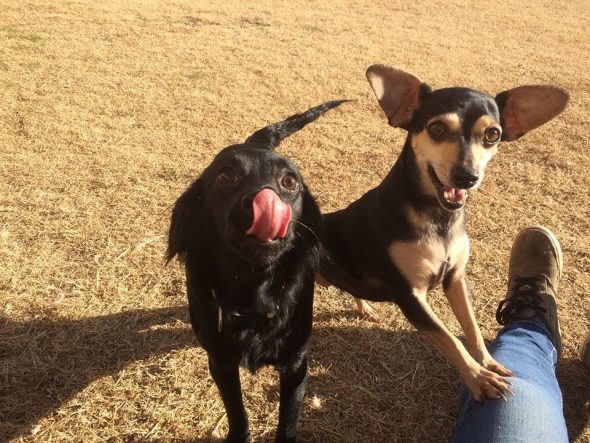 If you’d like more information on Banana or any of the other animals available through Lollipop Kennels, click here to be taken to their Facebook page. 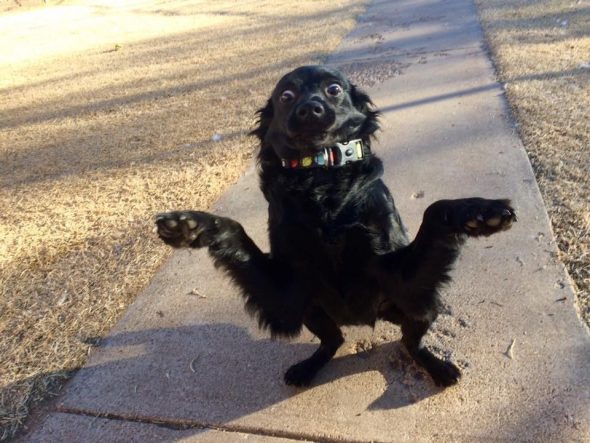