A rose by any other name could still kill your pet! 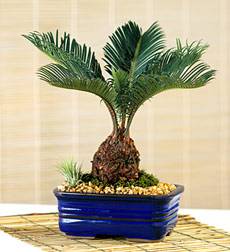 pet owners we all try to be aware of the potential toxins to our animals. Most of us are familiar with onions, garlic, chocolate and raisins. But boy was I in for a surprise after I bought a sago palm as an indoor houseplant!

I grew up on the shores of California and on an island in the South Pacific. Palm trees lend a certain ‘Zen’ to my life. In my quest for moments of peace in an otherwise very stressed life I went and bought a palm tree to put in my office so that when I wanted to throw the computer out the window I could gaze at it and lower my blood pressure a bit. On a hunch (hunch being that

inner voice that screams at you to pay attention) I decided to see if perhaps this had any danger to my 10 pound Sharkey who eats anything and everything that she finds on the floor, in my purse, on the nightstand, etc. She has ingested in her lifetime a plastic bowl, a piece of glass, an earring, two chapsticks, five golden rings and a partridge in a pear tree (you get my point) which makes for great and expensive adventures at the veterinarian office. 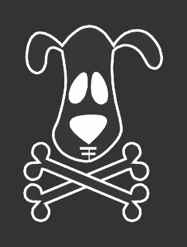 Well buckle your seat belts readers because this gets a bit hairy – like the trunk of the Sago Palm, which is highly toxic to both cats and dogs! I’m an avid gardener, both vegetables and flowers, and the animals have free access to the flowerbeds, veggie beds, etc. They generally don’t bother them unless some uninformed rodent decides to venture near and then everything is destroyed in the path of Tasmanian Devil Sharkey!

I was unaware that clematis vines contain glycoside – which causes salivation, diarrhea and vomiting. The list went on to include many that I have around the house, carnations, coleus, daisies and dahlias, geraniums, hibiscus, iris, jade plants and crocus to name a few. Apples and apricots are among the many fruits to which pets shouldn’t have access. My dogs have stood beneath the horses many times as I’ve fed apples waiting for the scraps to drop. Apple seeds contain cyanide! 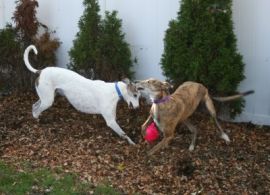 Most tropical plants were on the list including palms, hibiscus and birds of paradise. Luckily I don’t use mulch – but cocoa bean mulch is a very lethal hazard! It contains theobromine – which is highly poisonous. Because it smells like chocolate dogs are attracted to it and will ingest it, sometimes to a toxic level. One example is a couple in Minneapolis lost their three-year-old Lab and had the vet perform a necropsy. It showed that he had eaten the mulch and had died of the toxins present.

I’m certain there are others of you out there who have dogs or cats that eat anything and everything they can possibly find – someone please tell me Sharkey isn’t the only dog without the good sense God gave a rock! Here are a couple of websites that gave very good information – there are many more plants named than could be mentioned adequately in this article. I recommend you visit these sites and pinpoint the possible problems that you may have depending on what is planted in or around your house and know the symptoms just in case the plump and juicy leaf of that jade plant looks like a tasty morsel your pet just can’t pass up!