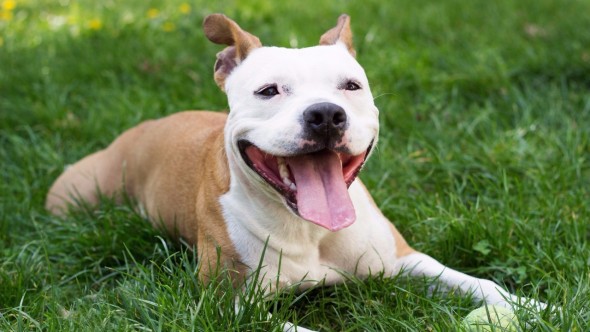 New York State Assemblyman Ken Zebrowski from Rockland County is not only a pit bull lover and dad, but also a voice for advocacy in the assembly for ending breed specific legislation or BSL as it’s more commonly known.  He has introduced a bill that if passed, will end BSL in New York.

A large portion of the bill is seeking to stop landlords for saying “No Pit Bulls” on the property, or enacting breed specific bans at all.  Basically, it’s either a yes or no if dogs are allowed to be with families on the property.  There’s to be no more “small dogs OK” in lease agreements.

The legislation is backed by many democrats in New York, along with the American Society for the Prevention of Cruelty to Animals (ASPCA).  Many property insurance companies are worried about the passing of the bill.

Zebrowski said that the idea behind the bill is to bring landlords in line with another state law that prohibits city and town governments from enacting BSL.

“There’s no causation between the behavior of a dog and the specific size or breed of the dog,” said Zebrowski.  “Time and time again, you can point to studies that show it’s mainly the proper training or improper training of a dog that leads to their behavior, and not some sort of genetic predisposition to being mean.”

With the new measures in place, it would be illegal for a landlord to deny someone housing or evict someone because they have a dog of “a specific breed, size, or weight.”  There is an exception to any dog that has been ruled dangerous, or is known to have attacked someone unprovoked.

The Property Casualty Insurers Association of America is lobbying against the bill in New York, and in the many other states that it has been proposed.  According to a press release from the Chicago based trade group said, “Common sense would tell us that, while any dog may attack and while any dog may be as gentle as a lamb, dogs of certain breeds may be more dangerous than others.”