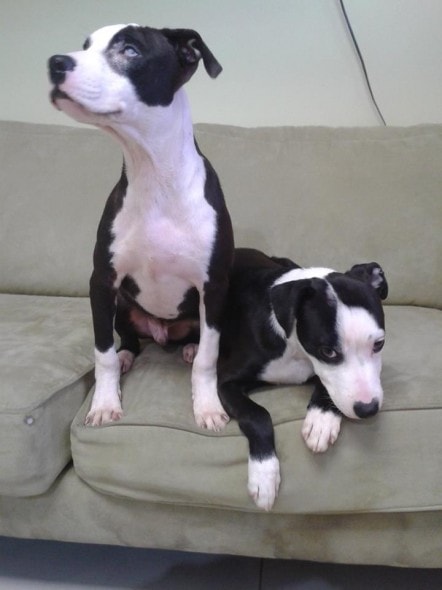 Jeffrey and Jermaine were found as strays in West Philadelphia. Rescuers soon realized this pair shared a special bond. Not only are the two littermates, but Jeffrey is blind and Jermaine acts as his guide. Now the two are looking for a forever home that will take them both.

A Good Samaritan found the pair wandering the streets and brought them to animal control. From animal control they were rescued by Operation Ava, a non-profit rescue.

Operation Ava knew right away they needed to keep the pair together. The two are not only from the same litter but Jeffrey is almost completely blind and Jermaine has been looking out for him since they were on the streets.

The rescue put a plea out on their Facebook page asking for their followers to donate to cover the adoption fee of both dogs, a total of $225. They quickly received enough donations to cover the cost, which will make finding them a good home together easier.

Now Operation Ava is looking for the right family for them. For more information on the lovable pair and how to adopt them visit Operation Ava’s website.