Peter Steeves is an animal control officer in Weld County, Colorado.  What’s more, is Steeves is a lover of dogs, and just can’t help but provide the best assistance whenever he’s called upon to do so.  So, when he ended up rescuing a blind dog caught in a bad living situation, it just seemed like the logical next step to actually adopt the dog and take care of him.

This all came about when Steeves was assisting with an eviction notice in his county.  While there he met the blind, blue heeler and could tell that he wasn’t well taken care of at all.  According to Steeves, the dog looked malnourished and neglected. 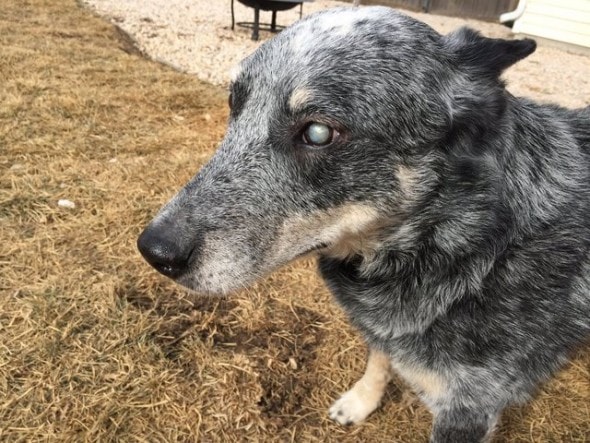 Steeves knew that he HAD to go get that dog.  The fate of an older, blind dog in a shelter is one that almost all of us are aware of; He’d most likely be put down.  Steeves wanted to go get the dog, but could he really just bring him home with him.  That’s when Steeves sent his wife a picture of the dog from his phone.

“The second I saw the picture, I was like, ‘Dang it, bring him home,’” Tricia Steeves said.  “My husband definitely has a soft spot for dogs, and thankfully — I do as well.” 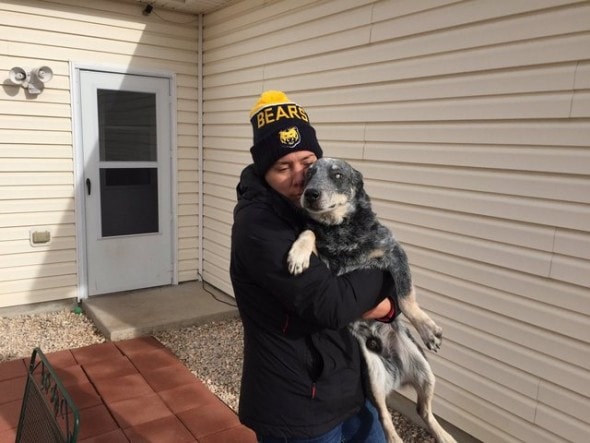 They already have three dogs, but that didn’t seem to matter.  Of course they had room for one more!  Once Officer Steeves brought the dog home, it took no time at all for Tricia to fall in love with his big ears.

“I named him Spock because of his ears,” Tricia said.  “I’m a big Star Trek fan, so I was pretty excited.”

This isn’t the first time the Officer Steeves has brought a hard-luck case he fell in love with on the job.  The third dog they took in also came to them in a similar way. 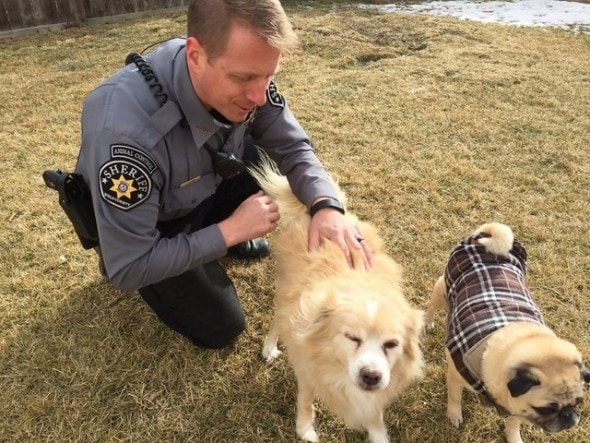 “We’ve rescued a few over the years for different reasons,” said Peter.  “Spock is a lover.  There was some concern that he might not be that friendly, but he’s just a mellow fella.”