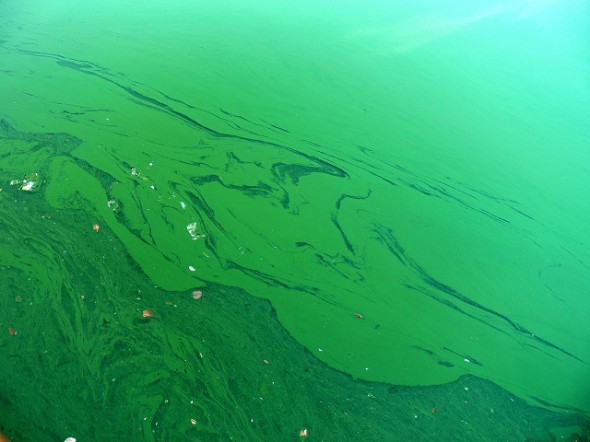 Blue-green algae, or cyanobacteria, has been killing hundreds of dogs in the US, and scientists warn that the problem will only get worse as the planet continues to warm.  Do not allow dogs to come into contact with water where this bacteria relative is present, and please share this information with others – you may be saving lives.

It is likely that the number of deaths is much higher than the 200+ that have been reported.  Due to the wide range of symptoms that can be caused by numerous other factors, many might believe there was another cause of toxicity.  Most owners would not suspect that their dog’s sudden illness and death could be caused by a trip to a beach they have been to dozens of times before. 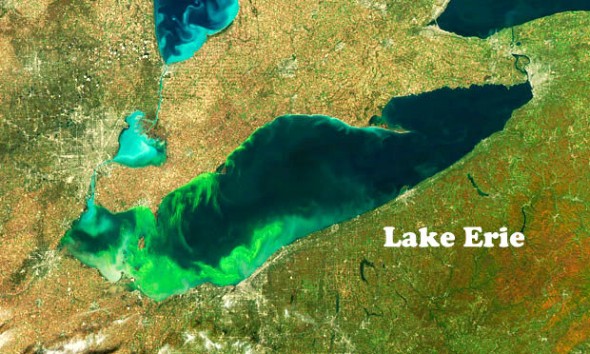 The deadly organisms have been found in bodies of water from coast to coast, particularly in warm, shallow, undisturbed areas of lakes, ponds, streams, and large puddles that receive a lot of sunlight. (This is why water services in Toledo, Ohio were shut down during summer.)  Though this is especially problematic in the hotter summer months, algae can still be found in many areas. Drought can lower water and air circulation levels, causing large blooms, followed by die-offs that push algae up to the surface.

Dogs may be attracted to the smell of algal scum and can be quickly poisoned from drinking the water.  It is advisable to not even allow dogs to swim or wade in affected water.  They should not be allowed to lick their fur or paws and should be bathed immediately after any contact with the algae-infested water.  People should wear rubber gloves while bathing their dogs if they suspect contamination. 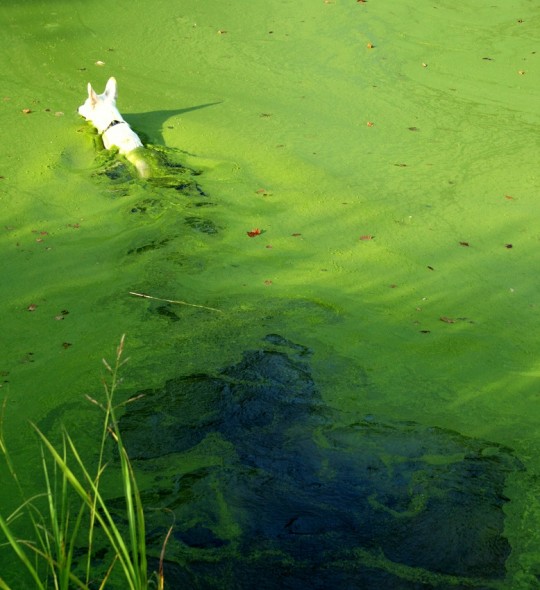 Blue-green algae is also suspected to trigger ALS in people with genetic susceptibility for the fatal neurodegenerative disease.  Cyanobacteria blooms can be caused by reckless people who are dumping “sewage and other pollutants, including yard waste such as grass clippings,” as well as “nitrogen and phosphorus, which come from runoff created by development.” 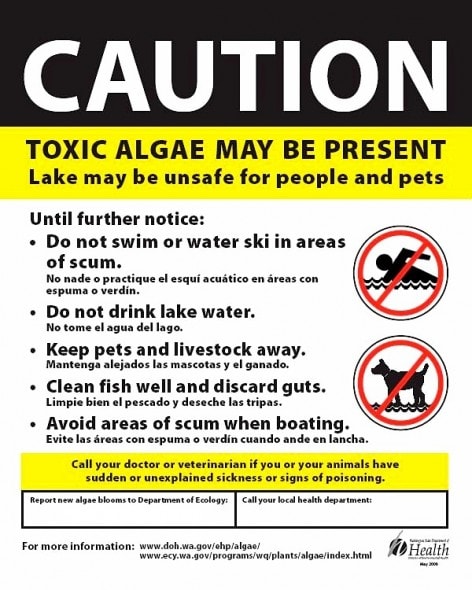 Always take caution when out with your pups, and visit the proper healthcare facilities if you, your kids, or your dogs have been in blue-green algae water.  Do not eat fish that has come from this water, and alert the proper officials if you see the algae in a body of water where there are no warning signs posted.