A shooting in Boise, ID, last week resulted in the injury of two human officers, one of them critically. One brave K9 suffered serious wounds, as well, and two four-legged heroes are now being credited in helping save his life.

Jardo required surgery after being shot at the scene and like their human counterparts, dogs often need blood to survive. At WestVet, where Jardo was treated, a 6-year-old golden retriever named Myles and a 5-year-old pit bull named Cricket each donated blood that was used during the emergency surgery. 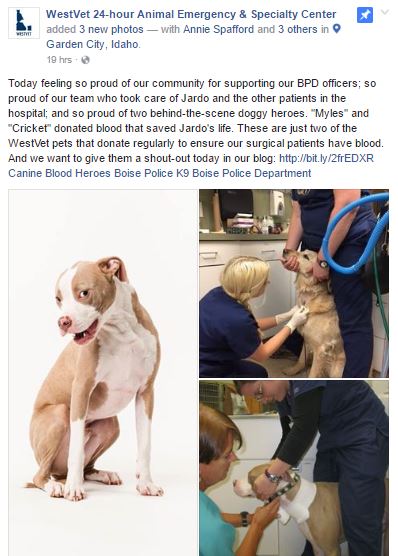 “These donations save lives – and this is the same scenario which occurs with veterinarian care,” WestVet said to KBOI.

Jardo, who was shot in the chest, lost one of his lungs as a result of the trauma, but his doctors say he will likely make a full recovery (though he may be off-duty for a couple of months). 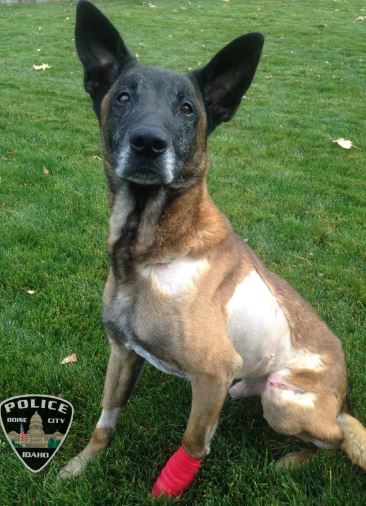