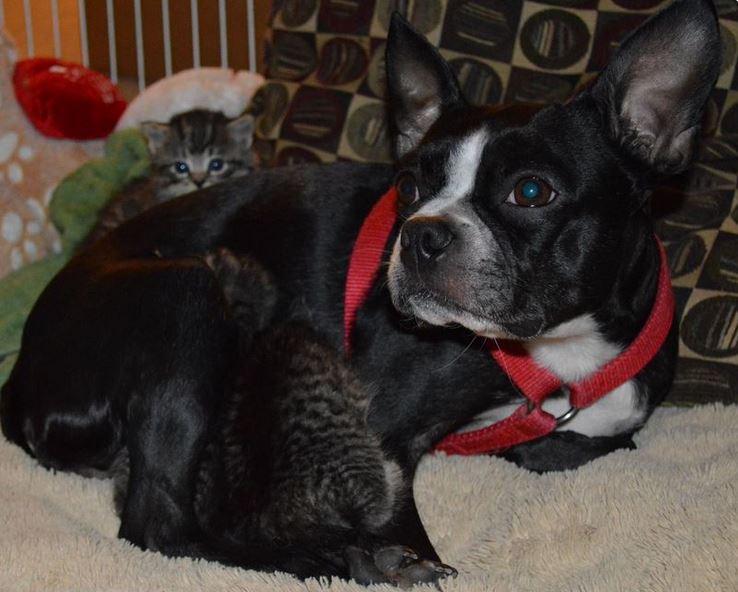 .
A Boston terrier dog from the South Carolina lowcountry surprised her petmom by adopting and nursing a litter of orphaned kittens.

Mount Pleasant resident Shannon Williams ended up caring for the litter of motherless kittens when her daughter found them in the woods behind their home. As soon as she saw the helpless babies, Shannon’s 5-year-old Boston Terrier Memory began nurturing and cuddling with the days-old kittens.

“We laid the kittens on a dog bed, and [Memory] cuddled with them,” Shannon told WMBF News.

Shannon purchased kitten milk for the babies, but they also suckled their doggie mama.

“One week later, [Memory’s] milk came in,” Shannon said, even though the dog had never been pregnant or had puppies of her own.

“She’s nursing them, cleaning them, carrying them around, everything,” Shannon wrote at Facebook.

Memory was also very protective and territorial, despite an earlier fear of felines.

Before the kittens arrived, “[Memory] was afraid of cats; we had a cat and she ran from it.”

“Even the former owners said Memory was deathly afraid of cats.”

Once she had her kittens to care for, Memory no longer slept with her petparents at night, choosing instead to stay with her adopted babies.

Memory took care of her kittens for two months, then Shannon found homes with neighbors for three of the four. When Memory fell into a depression at the loss of her babies, Shannon decided to keep the remaining kitten, who will stay with her doggie mama.

Shannon wrote this introduction to her video, seen below: “Kittens found in woods cold and wet at about 1 week of age. My Boston Terrier started taking care of them from the minute she saw them. Including nursing them and “yes” she did start producing milk.”

Watch Memory and her kittens: 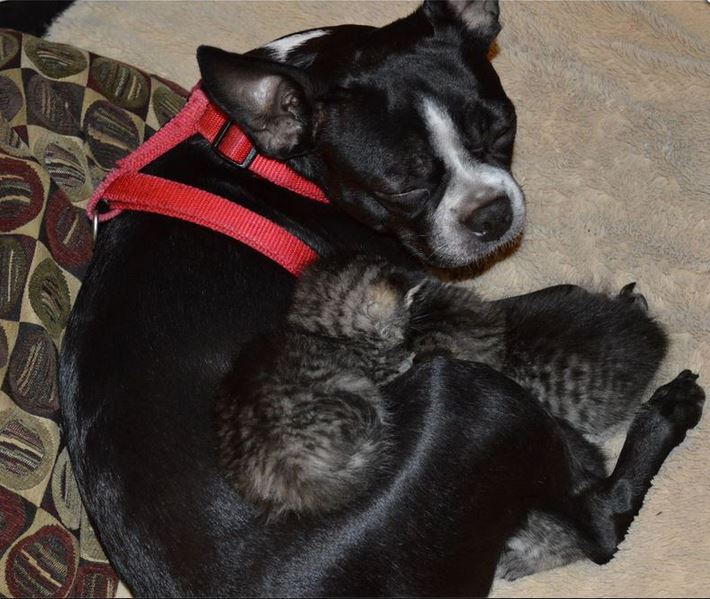 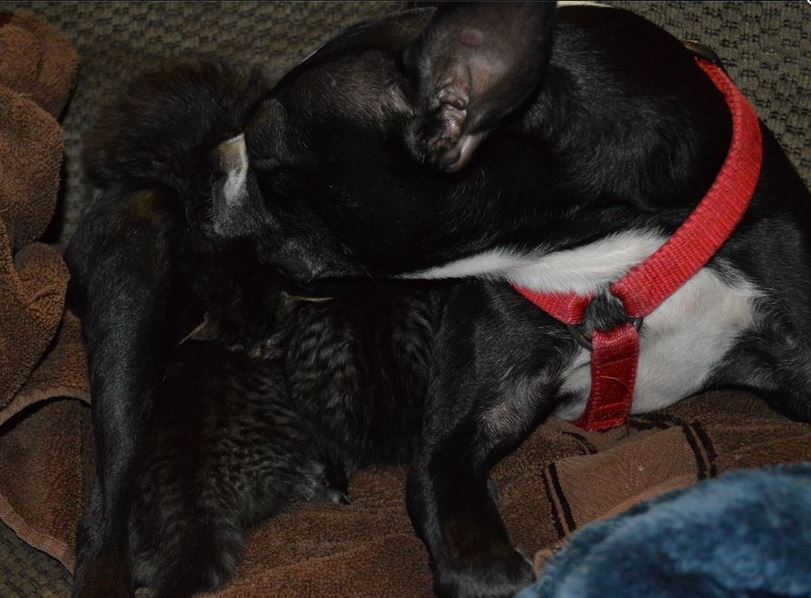 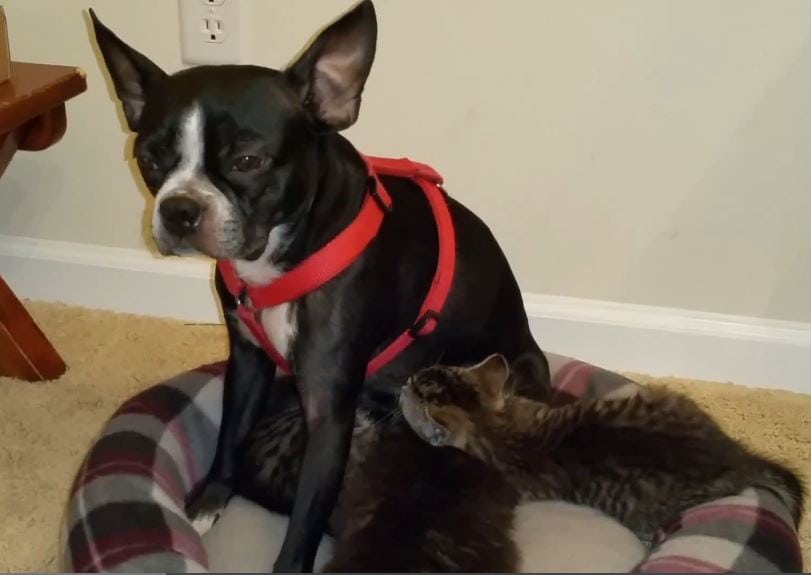 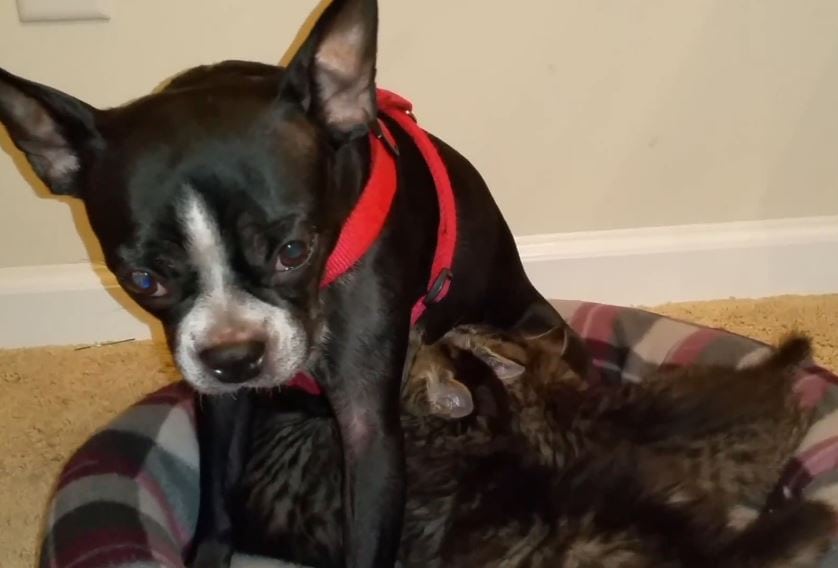