The Mannequin Challenge, if you haven’t heard of it, is one of the internet’s latest obsessions. Tons of videos have gone up but none have exploded into a viral sensation quite like Boston the boxer’s.

The dog, from Pittsburg, KS, has become a literal overnight internet celebrity. 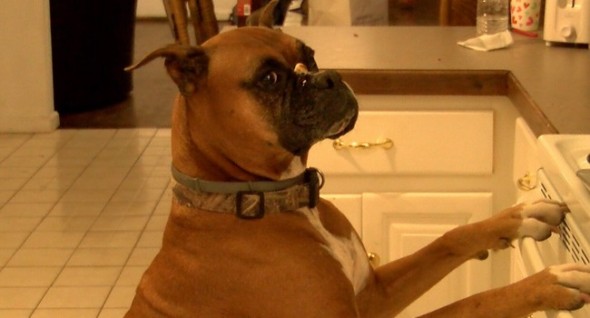 His video of a truly exceptional Boston killing the “mannequin challenge” blew up the feeds after the Pitt State student posted it on Twitter.

“I thought maybe my friends would retweet it, it would get maybe 50 retweets at max, and then me and my girlfriend went to the gym — and while I was at the gym I couldn’t focus because my phone was going off and that’s when I knew it was going to go viral. But I didn’t expect hundreds of thousands!” he said.

The 8-year-old boxer is very well trained. Thomas says he “stays” no matter what position he puts him in. He also doesn’t mind getting dressed up.

Thomas knew Boston’s ability to stay still for long periods of time would be perfect for the mannequin challenge, it was just a matter of getting it on camera. 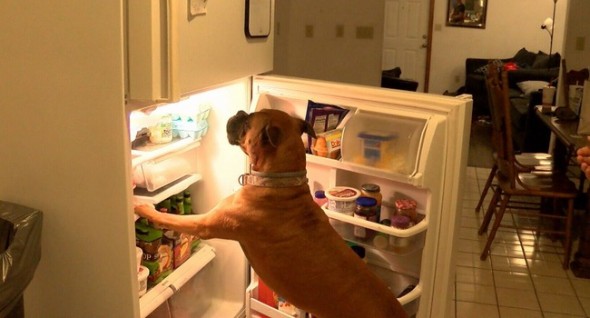 “If you wanted to he’d do it for hours, but I wouldn’t do that to him,” Thomas chuckled.

In just under 24 hours Thomas’ original video has been viewed roughly 9 million times and retweeted by 150,000 thousand accounts. 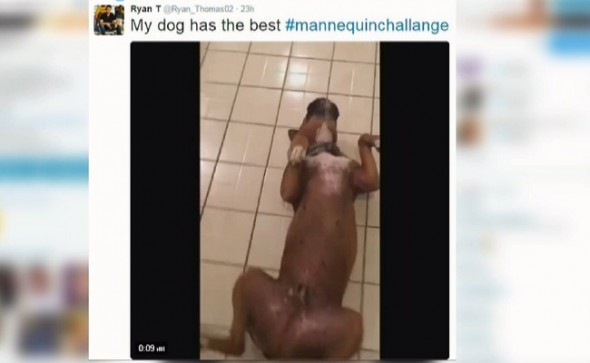 Boston’s fame happened overnight but Ryan has high hopes for his future.
“I hope Ellen [DeGeneres] sees it that would be the best because I mean it would be awesome to be on ‘Ellen,’ but other than that I don’t know — maybe a commercial or something for him,” he says.

Thomas has plans to film a second “Mannequin Challenge” video this week. Believe it or not, the first took Thomas and his friends just 10 minutes to shoot.