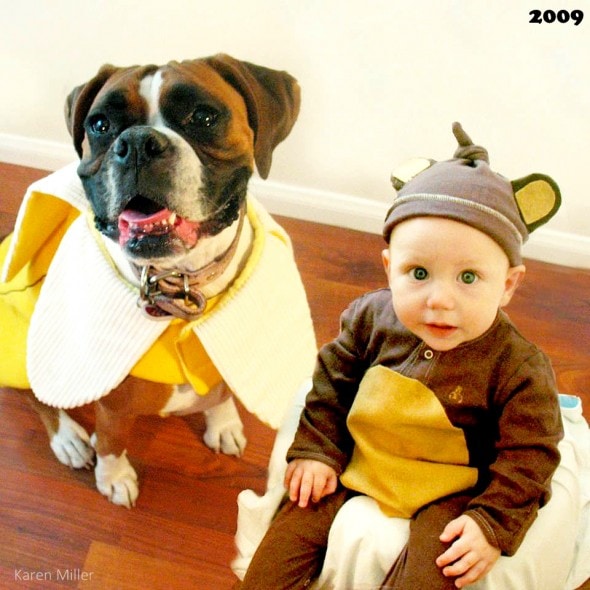 Every year since he was born, Henry Miller has dressed up with his dog Banjo for Halloween.  They make the most adorable duo! 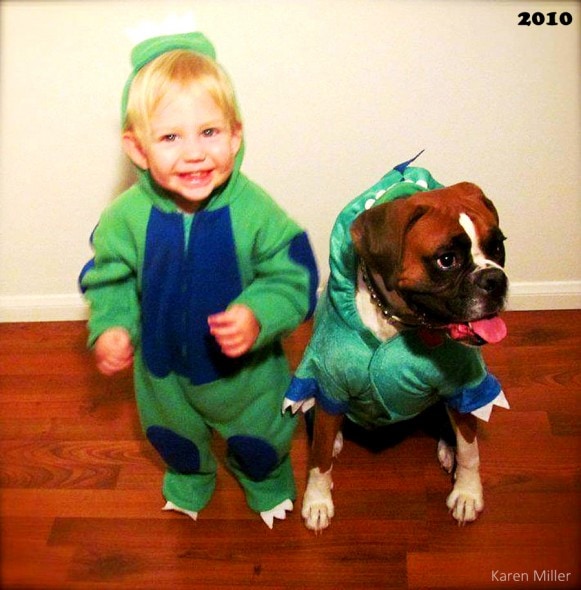 The Millers rescued their boxer before Henry was born, and he didn’t mind being dressed up for Halloween.  When the baby came along, mom Karen told HuffPost, “It just seemed like a natural progression to make them match!” 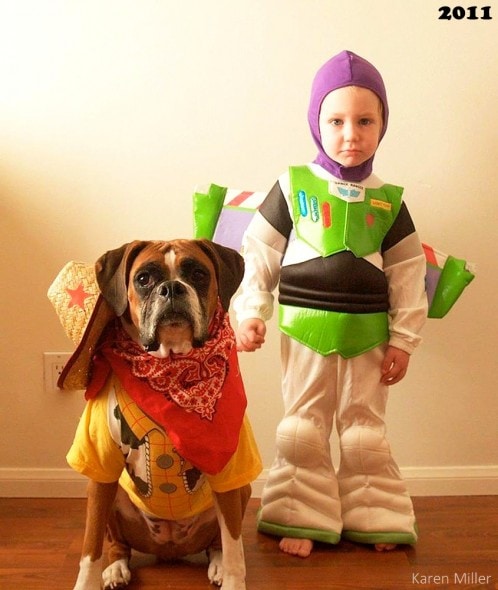 “When Henry was a baby, I found a banana costume for dogs,” she continued.  “So naturally, I had to make a monkey costume for Henry. It continued from there.” 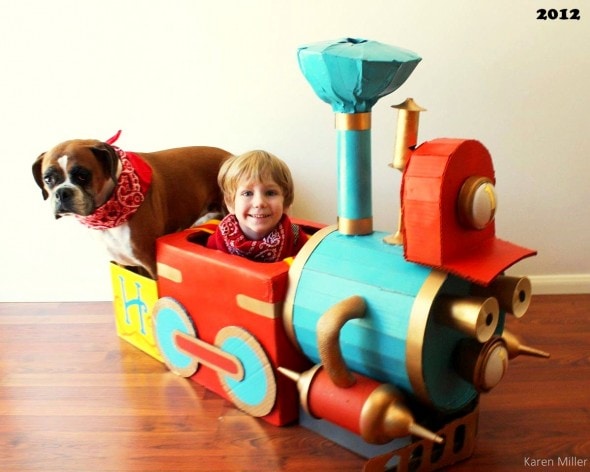 Last year Henry developed a love for knights, and wanted two horses, so senior dog Gigi obliged and donned a costume, too.  This year, little sister Elliott has joined the crew as a mermaid, while Henry has reprised his role as a knight, this time in shining armor, and Banjo and Gigi are dressed as a dragon and a unicorn. 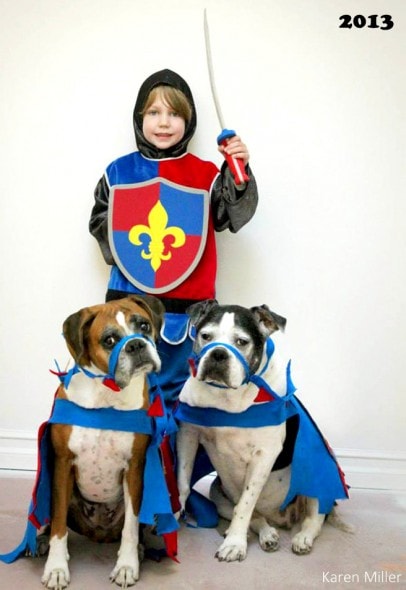 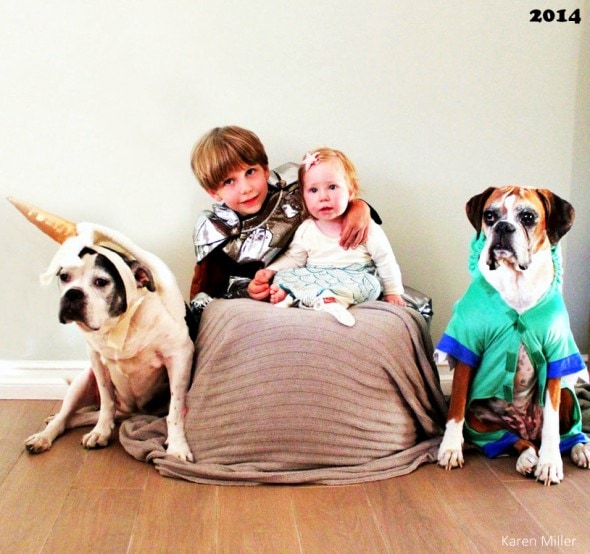