Caleb is a six-year-old boy that was badly injured in a head-on motor vehicle accident.  The force from the collision was so strong, it caused Caleb’s brain to smash into the front, and then the back of his skull, leaving him in what appeared to some as a “lifeless state.”  However, if you met this bright young boy today, you’d almost never know what hell he had to go through to get to where he is today.  All of this is thanks to the efforts of some really great people, and a dog called Colonel. 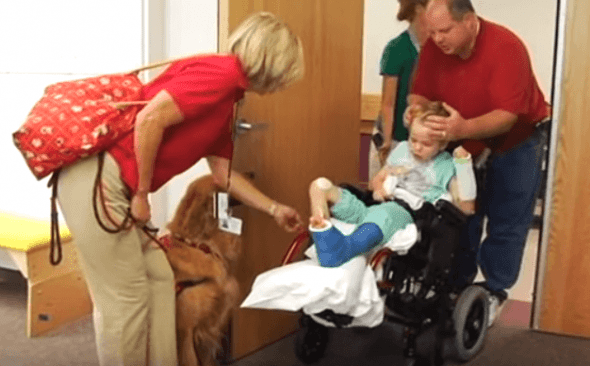 Colonel became Caleb’s recovery and therapy buddy while Caleb was still in the hospital.  The idea behind bringing Colonel in to help is based on the idea of play.  When kids are in a ton of pain, as Caleb very understandably was, getting them to engage in therapy at all.  Many feel defeated, especially in cases like this where progress at the beginning is almost impossible to see.  Colonel being in the room, and giving tasks to Caleb that involved playing and hanging out with a dog got Caleb way more interesting in getting better. 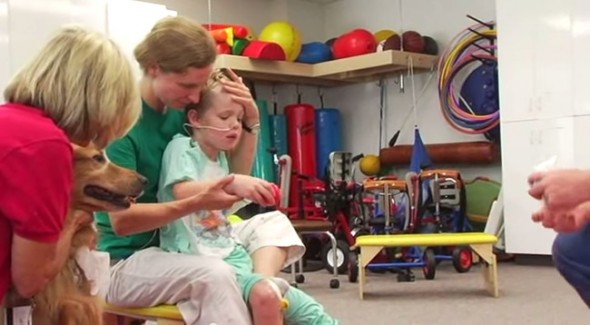 With Colonel’s help, and the kind staff at the hospital thinking outside of the box therapeutically, Caleb is recovering.  In fact, his mobility is vastly improved, and things like hand-eye coordination, balance and cognition have all improved dramatically.  Caleb’s mom and dad are happy that their son is doing as well, and everyone involved knows that a great deal of credit for Caleb’s progress is down to Colonel. 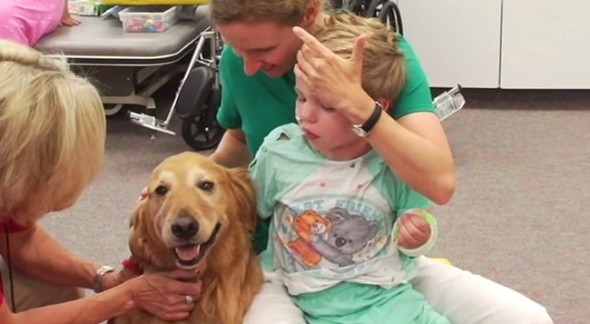 There’s absolutely no doubt about it, dogs are simply amazing.  As humans, we owe a debt of gratitude to dogs for everything they do for us.  From the first ones domesticated helping our ancestors to hunt and survive, to the dogs we have today that do everything from friendship to therapeutic aids, man would truly be lost.