A brave 4-year-old rescue dog lost his life in line of duty not long after saving at least seven people from the rubble of the magnitude 7.8 earthquake that devastated Ecuador on April 16.

Dayko, a Labrador retriever, suffered a heatstroke last week, the City of Ibarra Fire Department had posted on its Facebook page, which led to a fatal heart attack.

“Dayko captivated us all with his tender look and his friendly nature,” the post, which was translated from Spanish, read. “[Dayko is] leaving a big void in the canine unit, in [his] guide, Alex Vela, and in each one of those who know him.”

The dog had been working with rescuers in the northwest province of Manabi, one of those hardest hit by the quake. At press time, the death toll was 654. 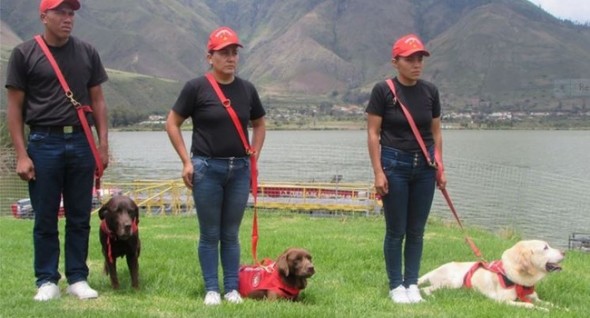 This four-legged hero was much beloved, and received a hero’s funeral attended by throngs of firefighters and fellow rescue dogs. Dayko was buried on the grounds of the fire department, where his fellow first responders can visit and pay respect.

Animal Physical Therapy
Colloidal Silver for Dogs
Watchdogs: Health & Food
Best Dog Foods for Doberman Pinschers
Stella & Chewy’s
How to Raise a Puppy: Recommendations from a Vet
What’s the Best Dog Food for Pooches with Allergies?
Melatonin for Your Dog