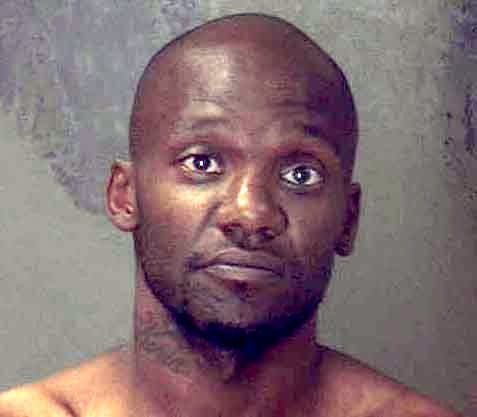 An American bulldog became a hero on Monday when he stopped a killer in his tracks.  Donte Wyatt was on a crime spree in the Atlanta area when he entered a home and was scared into the basement by family dog Wilson, who kept the man there until police arrived.

Wyatt began his rampage at a Waffle House in Stockbridge, where his estranged wife met him to return one of his belongings.  He stabbed her in the chest, torso, legs, and back.  She was taken to a hospital and is in stable condition.  Her father, Tyrone Tiller, told 11 Alive Wyatt’s gruesome plan.

“He had duct tape, he had straps, he was going to strap her down and take her somewhere and kill her. But she told me, she said, ‘Dad, I’m lucky to be alive, because he was intending to kill me.”

Unfortunately, the vicious man’s frenzy wasn’t over.  He drove his rented van up to Atlanta and strangled Catherine Han Montoya in her home.  (A fundraiser has been set up for her family and the causes she dedicated her life to.)  Police disabled the van, so Wyatt stole Montoya’s car and crashed it not far from her home. 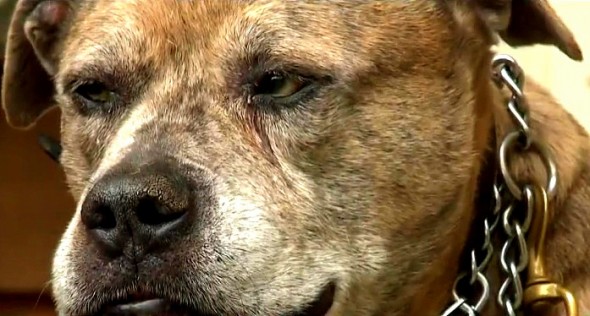 He ran nearly a mile before entering another home, owned by Adra and Eric Wilson.  Adra was upstairs when she heard their dog Wilson bark.  He’s usually very quiet, so instantly she knew something was very wrong.

“He just basically acted as a deterrent, and kept the intruder from coming upstairs,” Eric explained.

Adra called police, who told her to stay put and that they were on the way.  When they arrived, Wilson had the killer cornered in the cellar.  It took a four-hour standoff and some tear gas to get the man out and right into the cops’ cuffs.

“They say the dog bit him a couple of times, just kept him at bay,” Eric said.

Wilson and his family were not harmed by Wyatt, who will likely be behind bars for the rest of his life.