Sometimes it feels like there’s no point in signing petitions and going online to complain about atrocities happening on the other side of the world, but it’s because of years of this kind of activism that is why China says it is banning dogs from being slaughtered at the Yulin Festival this year.  Keep on fightin’ the good fight, people – today is one for the “W” column!

Over 10 million dogs are killed every year to be sold as meat at the Dongkou market in Yulin, many of which are stolen pets.  The festival in Yulin is not even a traditional one – it was launched in 2010 to boost lagging dog meat sales.  People hold the creepy notion that adrenaline makes meat taste better, so dogs are tormented in the most agonizing ways – skinned, broken, boiled, and blow-torched to death.

Carrie Fisher was among the thousands of protestors fighting over the years to stop this barbaric, gruesome celebration of torture.  Sadly, millions of cats will still be brutally massacred, but hopefully this recent measure will inspire people to continue lobbying for their lives, too. 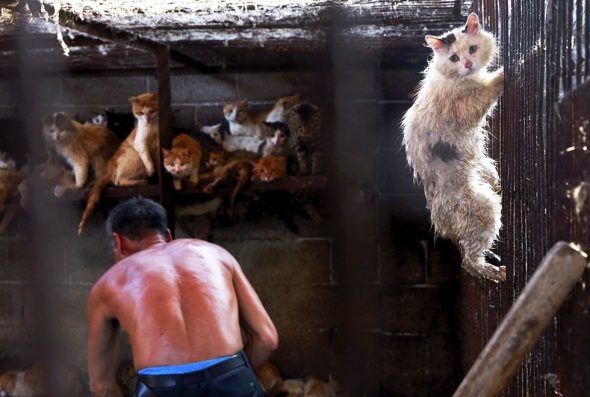 “Millions of dogs and cats are stolen each year, including pets, and driven thousands of miles across China to be bludgeoned to death in front of each other. As opposition to this trade has grown within China and across the world, much focus has been placed on the Yulin festival and so it is significant politically that the authorities are taking the outrage to curb this cruelty seriously,” said Peter Li, China Policy specialist at Humane Society International.

“At last year’s Yulin festival there were roadblocks set up to deter dog trucks coming in, and now this ban signals further progress.

“Regrettably, many dogs and cats will still be killed for the Yulin festival in advance of the ban, so their suffering is not over yet, but this is certainly a milestone victory and we commend the Yulin authorities for taking this action.”

The new law comes on the heels of Taiwan’s total ban of dog and cat meat, which was announced a mere month ago.  China’s ban will go into effect on June 15th, one week before the festival starts. Violators will be fined up to 100,000 yuan (nearly $15,000). 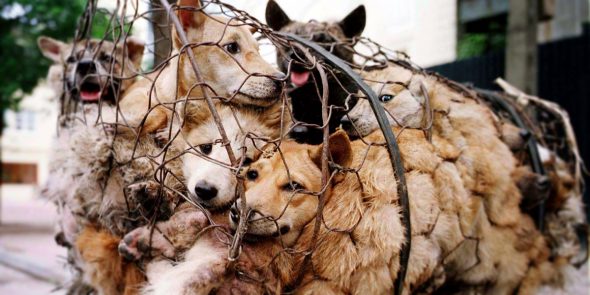 “This is a key moment and the strongest indication yet the authorities are serious about this,” Wendy Higgins of the Humane Society told The Independent.

“Implementation will be key. Many of the traders who come in trucks are not local and may not know about the ban. Some travel for days to reach the city.”

“Even if this is a temporary ban, we hope this will have a domino effect, leading to the collapse of the dog meat trade,” said Andrea Gung, executive director of Duo Duo Animal Welfare Project.

“This ban is consistent with my experience that Yulin and the rest of the country are changing for the better. I am very impressed that the younger generation in Yulin and in China is as compassionate as their counterparts in the rest of world.

“Duo Duo Project also wants to congratulate Mr. Mo Gong Ming, Yulin’s new Party Secretary, for his progressive and visionary leadership. I hope this will turn out to be the beginning of the end of the dog (and cat!) eating habit in China.”