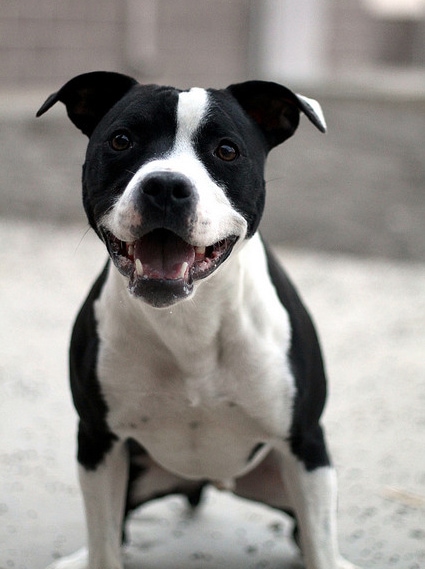 The history of banning certain breeds of dogs in the USA started in 1989 in Denver Colorado. Since then it has spread to many cites, states, and smaller demographics such as tenant housing, and gated communities.

Over the past 25 years since BSL has had it’s chance to prove the merits of it’s effectiveness the national average of dog bites have held steady, the category of “banned breeds or types” has remained healthy and immersed in all areas of society, and deaths attributed to dog bites has also stayed roughly the same or in some cases risen due to perhaps the increase in the total dog population as well as the human population.

One thing BSL has not done is it has not solved the problem of dog bite related fatalities and it has not educated the public at all about responsible dog ownership and proper practices for training and maintaining dogs.

So why does Breed Specific Legislation stick around and keep being bandied about as a “solution”? Fear. It is “panic policy”.

We usually see the introduction of BSL or a DDL – Dangerous Dog Law after a lethal or fatal dog bite incident.

The math of dogs and dog bites should be enough for most people to see the real danger is not the dogs but the people that are supposed to be in their care.

The CDC reports the following numbers surrounding dog bites.
4.5 million dog bites are reported annually by emergency rooms. Most are on par with kitchen accidents or playground accidents.
Fewer than 200 dog bites need major surgery.
There is a 0.0002% chance of being killed by a dog.
300 million humans in the USA
77 million registered dogs
Yearly the CDC states that on average over a 10-year cycle 16 people are killed from dog related injuries.

These are hardly the numbers that detail an “epidemic”.

Karen Delsie has detailed this criterion in her book The Pit Bull Placebo.

There are 5 reasons why BSL and DDL are not effective.

1-Cost VS Effectiveness-since its inception in 1989 BSL has cost
millions of tax payers money, yet the “pit bull” population has not been diminished. Dog bites and deaths related to dogs have all held steady for nearly 45 years. Prince Georges County Maryland spends over a million dollars a year to enforce it’s BSL. The “pit bull” population has stayed the same as well as dog bites stats.

2-Breed Identification – Many times dogs are misidentified as “pit bulls” when they are not. Even if the ID was accurate, identifying breeds does not keep people safe, education about proper dog ownership and legitimate dog training will reduce dog aggression and improve ownership practices.

3-Over inclusive Under inclusive – By only focusing on certain breeds or “types” the point is missed. If a breed in the un-banned category is dangerous and has behavior issues or reckless owners they go under the radar, if a breed is safe but banned and owned by responsible people they will be unfairly accused of being dangerous dogs and reckless owners by the law. That is not fair.

4-People will get another breed of dog. Many times people with ill intentions for their dogs will just get another breed or mix. It happens more than you think. The Dogo Argintino is a very popular replacement for the “pit bull”. Go look at them, very similar but not a “Bull n Terrier”.
There are only three breeds that can be accurately called a “Pit Bull”.
The American Pit Bull Terrier – “Pit Bull”.
The American Staffordshire terrier – “AM Staff”
The Staffordshire bull terrier – “Staffy Bull”.

All other dogs are something else other then a dog that has been bred to be a Pit Bull terrier.

5-Does not address the root cause or the main concerns. No matter where in the BSL discussion someone may fall, the goal of everyone is to have safe dogs and educated owners. Banning dogs does not address either of these issues.

What is the Solution? Education is the answer not legislation. Teach people legitimate dog training & behavior skills as well as how to be a responsible dog owner. This should be required of every registered dog and their owner. Then there is an actual education, not the fomenting of fear. We have enough legitimate info that could be made into a “standard” dog owner “manual” and given out at adoption time. Who will take the lead on this remains to be seen. Are any of those big Orgs listening?

Here is another number to consider. 5,479 “pit bull” type dogs are euthanized every day in the USA. Roughly 2.5 million dogs a year presumed to be “pit bull types” are killed due to their “type” or over crowding in shelters. So if the anti dog lobby is concerned about who is “winning” look at the numbers.

30 people died from dog bites in 2011
2.5 million dogs presumed to be “pit bulls” were killed by way of euthanasia.

Many shelters and rescues due to the fear fomented by the media and the proponents of BSL are not adopting out dogs that are healthy and behaviorally sound solely because they are fearful.

I will reference a piece of wisdom Marthina McClay of Our Pack said to me a number of years ago. This is what she tells her students and those advocating for dogs.

“Do not let people outside of dogs make decisions for you and your dogs”.

The only way canine prejudice will end is when dog owners, all dog owners do not allow people that have no right what so ever speaking about or making law’s about dogs do just that. Would you let a plumber fix the your car? No you would not. Why then let people that are ignorant about dogs dictate the future of dogs?

Remember “they” cannot “legislate hate”. That only occurs when people do not use their better judgments, when people stop listening to those that are knowledgeable and do understand dogs. That only happens when you are silent and do not take a stand.

Hatred and fear of dogs does not make them “dangerous” people do that by their words and actions or inactions towards understanding dogs.

Understanding why a tragic event occurred will then show us how we can prevent it from happening again. Then we’ll be helping dogs and helping people. Until then all banning dogs will do is create higher taxes, more fear and higher euthanasia rates. Italy, The Netherlands, The State of Ohio and many other places have ended their BSL & DDL. All others should follow suit.

Banning dogs is not the answer. It is proper education that solves the issues surrounding dogs.

Drayton Michaels, CTC is a graduate of the Academy For Dog Trainers. He works with over 300 dogs each year, is producer of the educational film The Pit Bull Hoax, appears in the film Beyond the Myth, blogs for Dog Star Daily and is featured dog training and behavior resource for Dog Fancy Magazine.