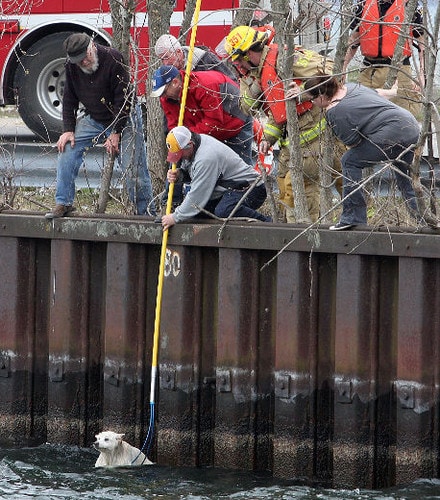 An 11-year-old Samoyed is alive and well after being pulled from the brisk waters of Lake Ontario on Wednesday.  Inge is blind, and toppled over the side of a ferry dock. 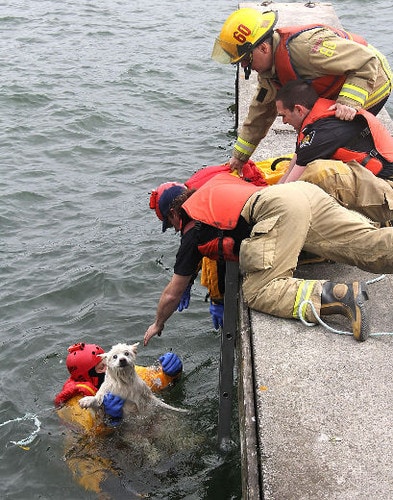 The senior dog and her human, Jim Argo, were waiting for a ferry at Wolfe Island, in Ontario.  He allowed Inge to exit the vehicle only so she could relieve herself, but on her way back she took a misstep and tumbled into the water. 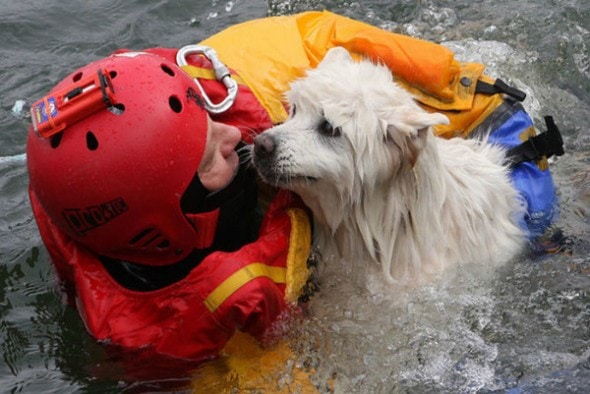 Passersby tried to pluck her from the lake with a rescue pole, but were fruitless.  Argo rushed over and was almost in the water when the Kingston Fire and Rescue crew arrived to pull the dog to safety.  She had begun swimming offshore and away from help, but Claude Duval made no hesitation to go in after her. 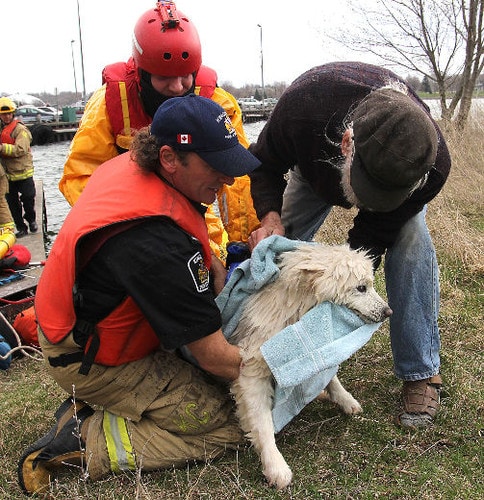 Duval wore a cold water rescue suit and lowered himself into the lake while his team members prepared the stretcher and other rescue equipment.  Their first attempt at retrieving Inge was unsuccessful and she fell back in.  But onlookers cheered for the man on the second attempt as the chilly dog was hoisted from the water. 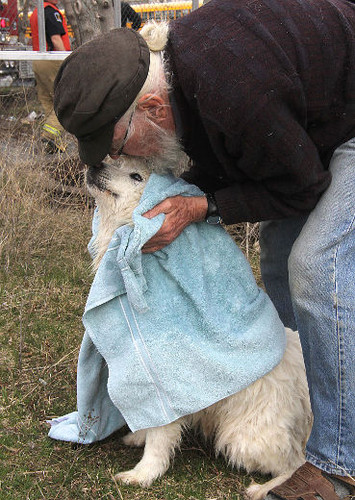 Argo happily met his soggy dog on dry land and greeted her with a warm towel.  He and Inge were kindly escorted to the vet to make sure she was okay.

“I don’t need scary mornings like that,” Argo said.