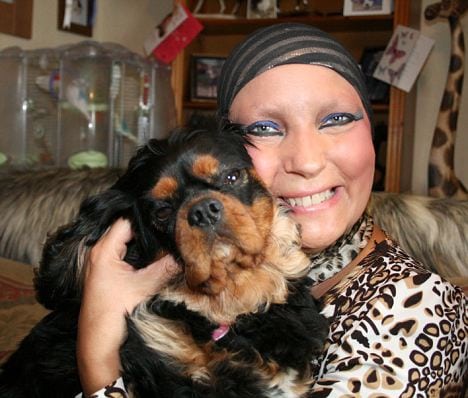 Sharon Rawlinson described how her Cavalier King Charles spaniel, Penny, kept pawing at one of her breasts. She ignored the dog for months, thinking that it was just a little quirk her puppy had developed. That was until the day Penny stood on Sharon’s breast and a shock of pain jolted through her body. Sharon then proceeded to examine herself, and, much to her alarm, discovered a lump.

She immediately went for tests, which later revealed a moderately sized tumor. Sharon underwent an operation and a course of chemotherapy to kill off the tumor.

“As soon as I started chemotherapy she’s not gone near the breast since,” Mrs Rawlinson said. “I can’t explain how she knew. I just can’t get my head around it.”

Penny was almost the miracle that never happened as Mr. Rawlinson had told his wife that they were not able to have any more pets. He then relented and secretly adopted Penny as a surprise gift.

Mr. Rawlinson expressed his relief at his decision to get Penny, saying that she is “amazing.” He also stated that “there’s a long, long way to go but at least now we’ve got half a chance.”

There have been a number of instances where dogs have detected cancer in their human companions, but it is
unclear how or why this happens. This finding has sparked a number of research studies.