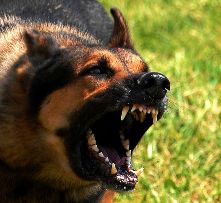 Of the 4.7 million Americans bitten by dogs annually, more than half are children, according to the Centers for Disease Control and Prevention (CDC). The U.S. Postal Service, the medical community, veterinarians and the insurance industry are working together to educate the public that dog bites are avoidable.

“‘Don’t worry — my dog won’t bite’ is often heard by our letter carriers before they’re attacked,” said Mark Anderson, postmaster of Los Angeles, where 83 of nearly 5,600 postal employees nationwide were attacked last year. “Given the right circumstances, any dog can attack. Dog attacks are a nationwide issue and not just a postal problem. Working with animal behavior experts, we’ve developed tips to avoid dog attacks, and for dog owners, tips for practicing responsible pet ownership.”

The Postal Service is releasing its ranking of the top 25 cities for dog attacks to letter carriers to kick off National Dog Bite Prevention Week, May 19-25. The annual event provides dog-bite prevention tips, information on responsible pet ownership and advice about medical treatment if attacked.

The Postal Service, the American Academy of Pediatrics (AAP), www.aap.org;  the American Society for Reconstructive Microsurgery (ASRM), www.microsurg.org; the American Veterinary Medical Association (AVMA), www.avma.org; the Insurance Information Institute (III), www.iii.org; and Prevent The Bite (PTB), www.preventthebite.org; are driving home the message that dog bites are a nationwide issue and that education can help prevent dog attacks to people of all ages.

Between 12 and 20 people die from dog attacks annually, according to the CDC. Just last month a Nevada toddler was mauled to death by his family pet on his first birthday.

The Postal Service places the safety of its employees as a top priority. Letter carriers fearing for their safety due to a loose or unrestrained pet may stop delivery and ask homeowners to pick up their mail at the Post Office until the pet is restrained. In cases where a carrier sees a dog roaming and can’t discern where it resides, delivery could be interrupted to the entire neighborhood.

1 thought on “CDC Report: Half of All Dog Bite Victims are Children”