John Legend and his girlfriend Chrissy Teigen have two adorable puppies already, and with a photo update to the singer’s Instagram account on the 8th of June, announced they have added a third member to their family. 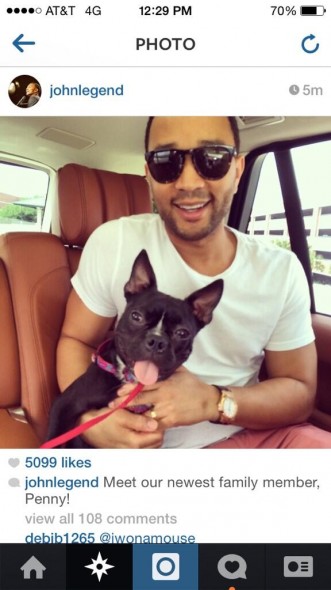 “Meet our newest family member, Penny!” was the caption that accompanied the photo update.  Penny is a special needs dog as she has only three legs, and she is just about as cute as it gets.

“NEW FAMILY MEMBER ALERT!!  She is our new little tripod lovebug.  Yes.  She has 3 legs WHICH IS MORE THAN YOU OAKY!” 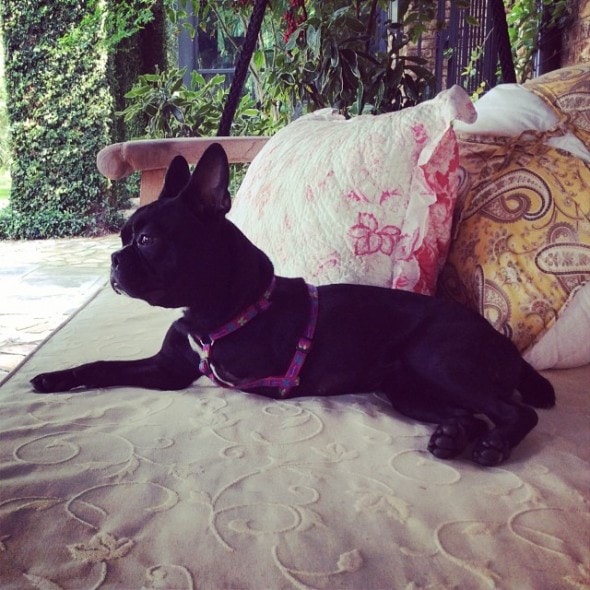 “I won’t get too into it but let’s just say her first family were butt-heads and we are happy to shower her with love for the rest of time!” she wrote.

Penny will be joining siblings Puddy and Miss Pippa.  They are an English bulldog and French bulldog respectively, and it would seem that Puddy took instantly to his new friend. 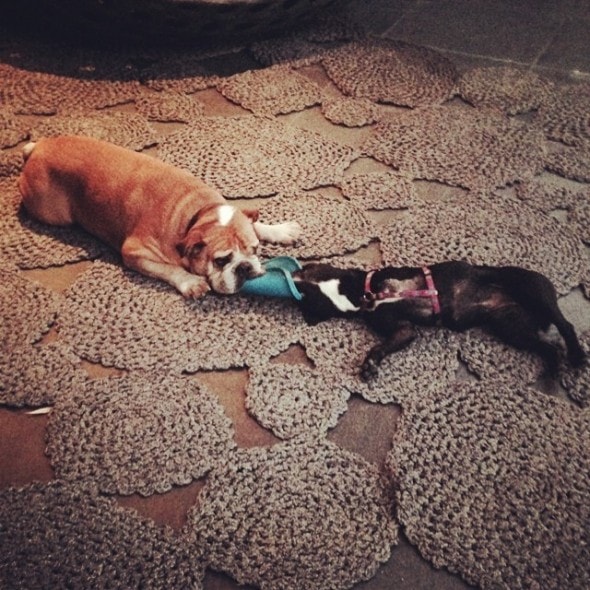 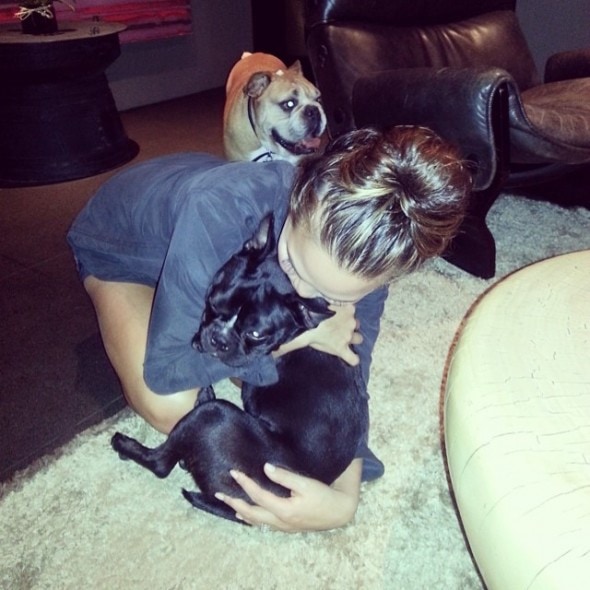 Yup, Penny is one lucky dog! 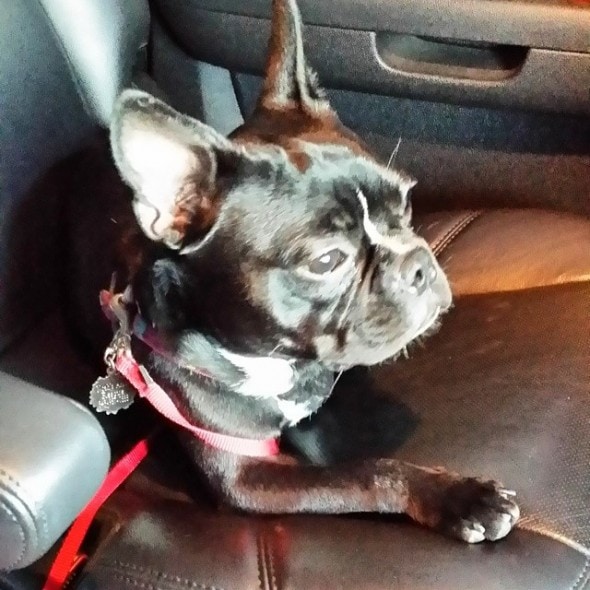