It’s not often that the New Jersey Assembly chambers host a goldendoodle, but he was a welcome addition this week as a bill that would impose fines on those who deny access to disabled people with service dogs was unanimously passed.

“Charlie’s Law,” if passed by the Senate and signed by Gov. Chris Christie, would impose fines starting at $250 for anyone who refuses to allow a service dog into a public place without cause, was brought to the assembly after 16-year-old Ben Shore was denied access to the school bus because Charlie was with him. 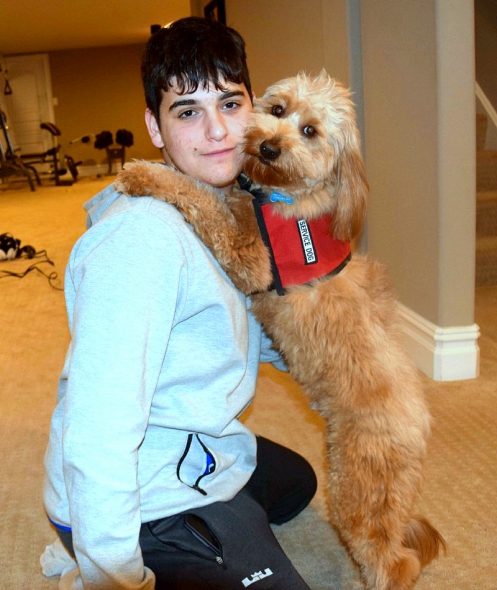 Shore is on the autism spectrum. Charlie is trained to sense his oncoming panic attacks and to lie on him or lick his face to calm him.

“Charlie’s given me the independence that I need to be able to go out and do the things that I wanted to do. When before I would be scared to go or do things like that. I would never have been able to go to this meeting without him today,” Ben told NJTVonline.com.

Shore told NJ.com that he believes Charlie’s Law will allow people with disabilities to contact the police to resolve disputes if businesses or other public places are denying them entrance. Currently, that person’s only other recourse would be to file a civil rights complaint. 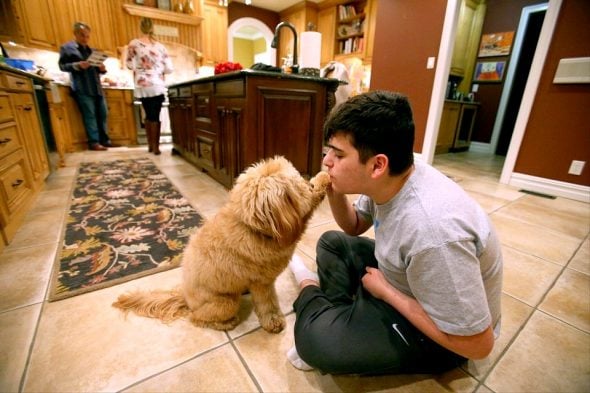