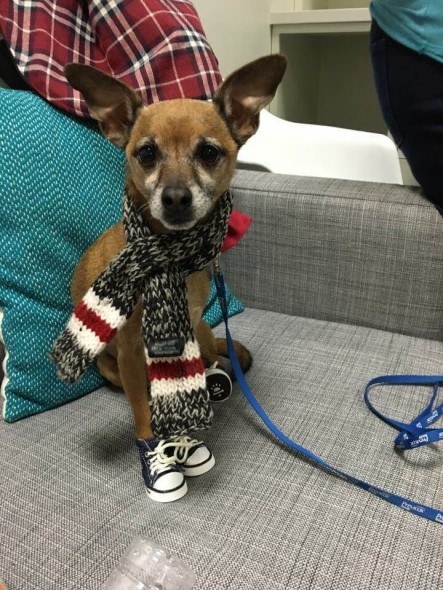 Do not adjust your computer or phone screen, you are absolutely reading that correctly.  Chiller unfortunately lost his previous human when they passed away.  However, Chiller has a new home with some people that really love him.  They just happen to be inmates at the California City Correctional Facility. 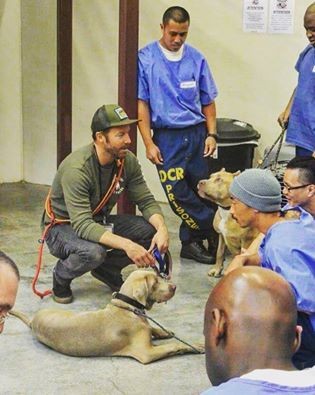 Chiller was rescued after his last human passed away.  With no other family members to take care of him, he had to go to a shelter.  Being that he’s an older dog, it may have been difficult to find him a forever home.  Once the new manager for the city correctional facility’s new canines and inmates rehabilitation program, they knew he was the dog for them. 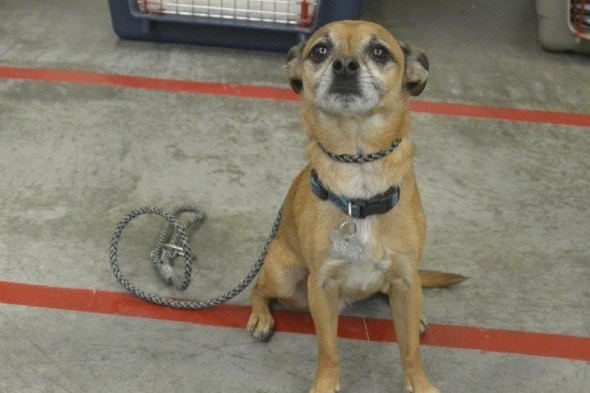 You wouldn’t be remiss in thinking that no one in the prison would be caught dead walking an elderly little Chihuahua around the yard.  While we couldn’t blame you for your thinking, you’d be dead wrong.  In fact, he’s just about the single most popular person in the entire facility. 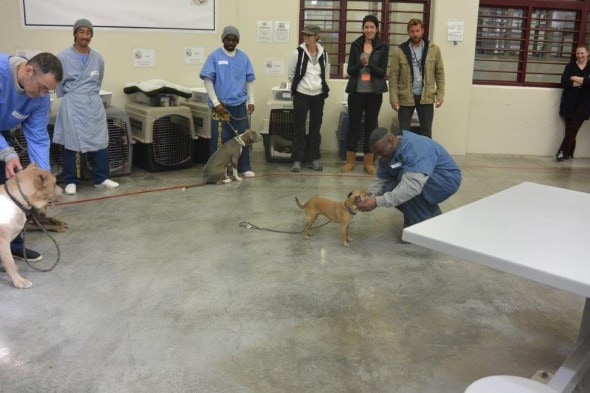 “They all want more masculine dogs,” said Zach Skow.  Skow is the founder of Marley’s Mutts, a rescue group working with the inmates as well.  “It’s really cool to see them with Chiller.” 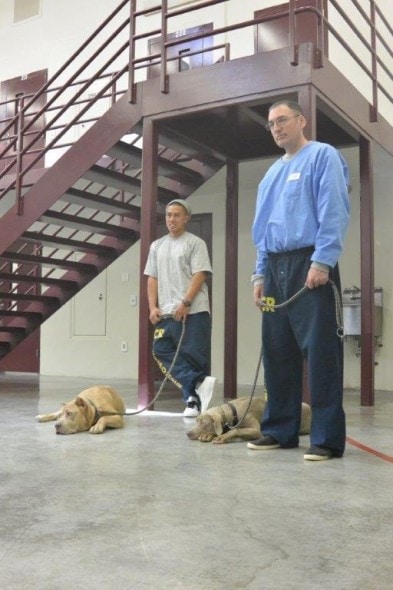 The program is titled Marley’s Mutts Positive Change Prison Program.  It’s all a big effort to curb the rate of recidivism amongst the prison population.  The in mates benefit from this program by teaching them both live skills, and also skills that would relate to finding a job once released for jail.  However the inmates aren’t the only ones getting something out of these sessions.  These dogs are all rescues that needed homes and love and attention as well. 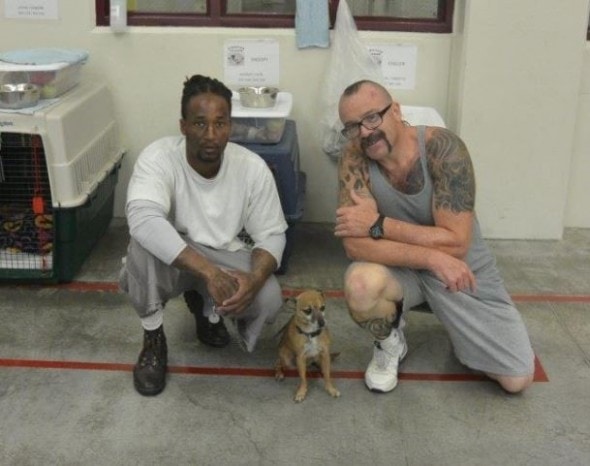 That love and attention is really benefiting Chiller a lot right now.  Before his human took his own life, Chiller was never more than a few feet away from him.  So when the police found his human’s body, Chiller was standing right there next to him, never wanting to be separated from his single favorite person in the world. 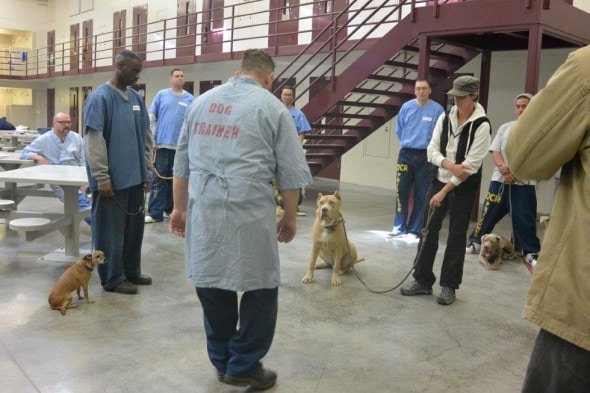 This program was perfect for Chiller, because of his timid nature.  He gets very anxious quickly, and being in a kennel with all of those unfamiliar dogs and smells would have been hell for the poor little guy.  So getting into the prison program has been great.  The situation doesn’t seem to scare him half as bad, and he’s really coming around, and becoming friendlier every day. 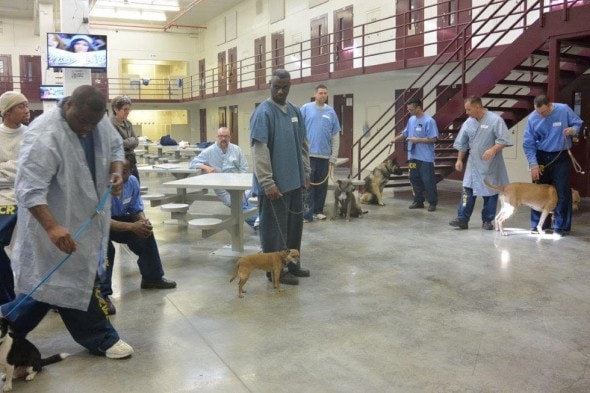