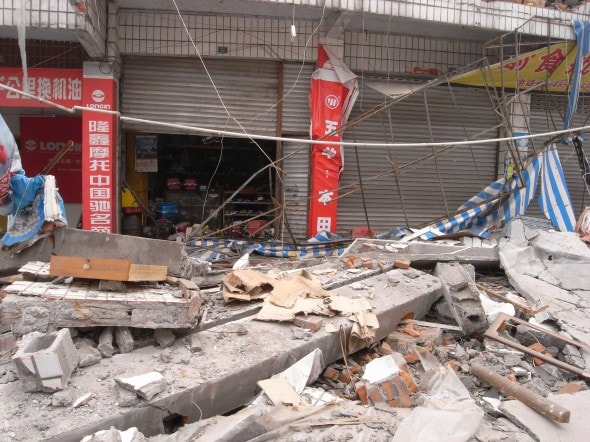 This may go under the category of “you just don’t get it” for these administrators. The authorities in the Chinese city of Nanchang are using dogs to predict earthquakes, but one report raises serious questions as to HOW the dogs are being employed.

China is regularly hit by seismic tremors. Earthquakes are a very real threat to Chinese citizens, as evidenced by the over 200 people left dead or missing in Sichuan province’s earthquake last month. Hundreds of thousands of people have been killed in other major disasters in the past.

So back to Nanchang. The city officials looked for an effective way to predict earthquakes and found what many dog companions have known for years – dogs often change their behavior right before an earthquake occurs. Nanchang Earthquake Authority, the capital of Jiangxi province in the east,  at the request of the provincial government has apparently sequestered a number of dogs together in a location as a living earthquake alarm. No word on exactly how these dogs are cared for or given human interactions. This is where the,”you don’t get it” factor kicks in. Dogs are effective earthquake alarms because they are letting their humans know something is wrong.  According to local sources, ducks or chickens could be effective alarms as well, but someone chose dogs.  But what happens when dogs don’t have humans and are thrown together as effectively part of a pack?

State-run Chinese media have reported that the dogs’ neighbors are complaining of nightly false alarms of barking. The dogs are kept together and, according to the reports, have a regular routine of barking at 11 PM every night.

One neighbor was quoted on the local official web site Daijiang as saying, “The compound of the Nanchang earthquake authority has I don’t know how many dogs, every night at 11pm they start barking over and over.”

Here’s a little advice for these apparently clueless Chinese officials – dogs are NOT living alarms to be kept in a warehouse like so many metal gongs. The dogs are living, caring beings who are most helpful in homes where they care about their humans and keeping them safe. If you want dogs to be effective earthquake alarms put them in homes with humans.  Not only will you probably lose the nightly canine “conference call,” you’ll get loving family members as well.