Four police officers stormed through a private residence in South Hiendley, West Yorkshire Saturday night in search of survivors, hostages, or anything else that might explain the unusual emergency call that brought them there.

When they finally met the ‘victim’, they couldn’t stop laughing. George, a two-year-old Basset Hound, had knocked a phone off a table and had become entangled in the phone’s cord. As he fought to free himself he wound the cord tightly around his neck. Choking and thrashing in an attempt to escape, he somehow managed to dial 999 – the equivalent of the US 911 emergency number. When the operator heard choking and gasping and an apparent struggle, it was assumed that someone was being attacked, and police sped to the home of Steve Brown and his daughter Lydia, 18, prepared for the worst. 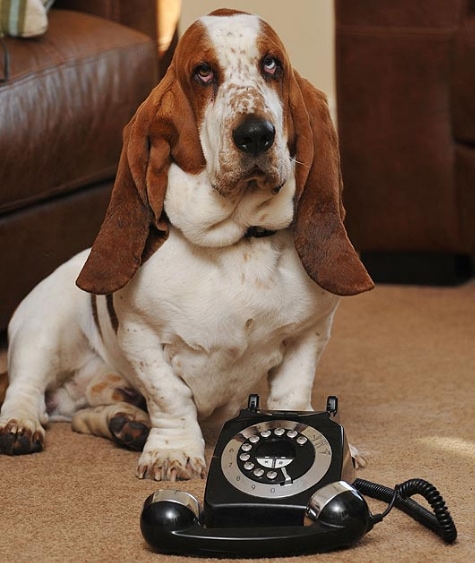 Just before they kicked down the front door of the home, a family friend arrived and let them in. As they searched the home Paul Walker walked into the living room and  found George choking, still wrapped in the phone cord. Walker freed George and called for the officers.

“The police split up and ran through the house thinking someone had either been attacked or was desperately ill. I went to look round as well and walked into this room and saw George choking,” he said in an interview with The Sun.

“He was absolutely terrified and could not free himself. I knew I had to get him free quickly so I just ripped the wire out. Incredibly you could see where his paw print was on the phone to ring 999 — he literally saved his own life.”

He continued: “When the police came into the room and realised what had happened they burst out laughing. They told me they had been sent out because of a 999 call in which the operator could only hear heavy breathing and gasping. They thought someone had collapsed or been attacked.” 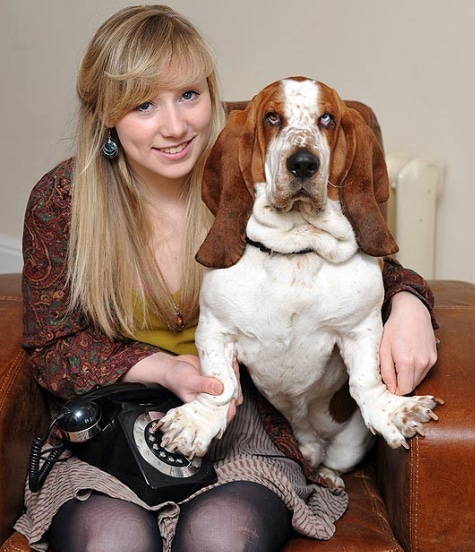 Lydia rushed home from work when she heard what had transpired in her absence. “By the time I got back the police had gone and George was looking a little sorry for himself. It is just so lucky that his paw managed to ring 999 otherwise he would have died,” she said.

She said she was as surprised by the story as the police were. “We still don’t know how he managed it. It’s one of those old-fashioned phones with the dialing ring.”

One would assume that George were a genius, but Lydia says that’s not the case. “He’s really dopey and just likes to chew socks.”

36 thoughts on “Choking Dog Dials Phone For Help, Saves Himself”