Sixteen-year-old Sarah Romero is a hero to the Chihuahua puppy that she found trembling in a garbage can in San Clemente, California.

Romero was walking across a pedestrian bridge on the day before Christmas Eve when she heard a collision.  She and others nearby went to investigate what turned out to be a minor accident.  As she descended, Romero heard a noise coming from a trash can. 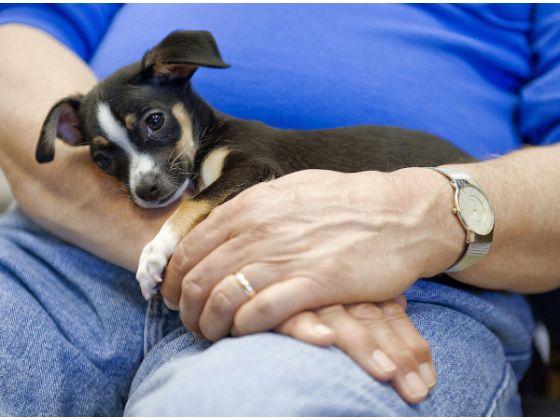 “I recognized it as a dog,” she said. “I looked in and it was cuddled up.  It was cold.  It was shivering.”

The three-pound, five-week-old dog wasn’t dirty, but Romero took her home, fed her, and gave her a bath to warm her up.

“I couldn’t believe anybody would throw her away,” Romero said.  “My first instinct was just to take her home and get her warm.”

Romero kept the dog over Christmas, assuming most places would be closed for the holiday.  She and her mother discovered that the dog had worms, and took her in to veterinarian Robert Berschauer at Animal Urgent Care in Mission Viejo.  He treated her for worms and contacted the San Clemente/Dana Point Animal Shelter.  Romero wanted to keep the little dog, but no animals are allowed in her apartment building. 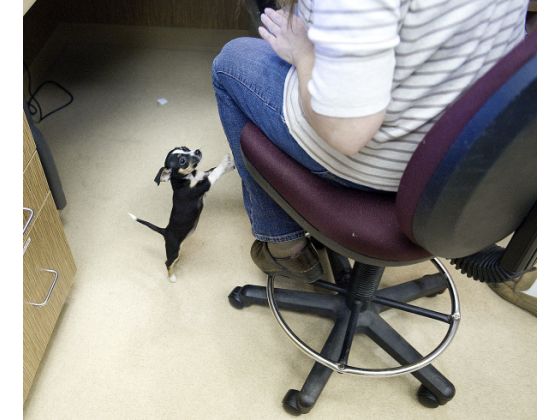 “My daughter was so sad to give it away,” said Romero’s mother, Carmen Martinez.  “She is still crying.  She wanted to keep it.”

The shelter named the dog Eve, in honor of the day (the staff believed) she was found.  She is on a medical hold, quarantined from other dogs until her health is confirmed, according to Kim Cholodenko, general manager of the shelter.  So far she appears to be “healthy and active.”  She is too young to be adopted out yet, but the shelter will be seeking a foster home for Eve when her good health is verified.  She can be adopted once she is old enough to be spayed. 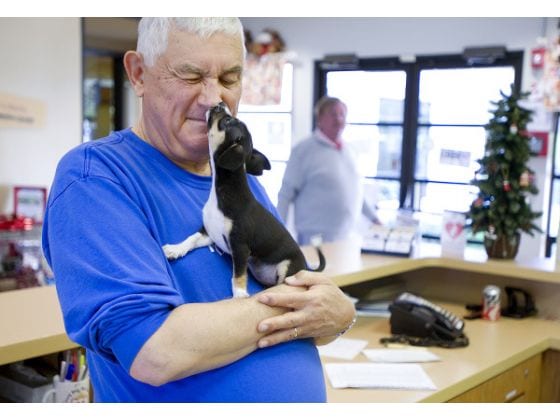 In the meantime, Martinez will speak to the owner of the apartment building to see if her daughter will be allowed to keep Eve.