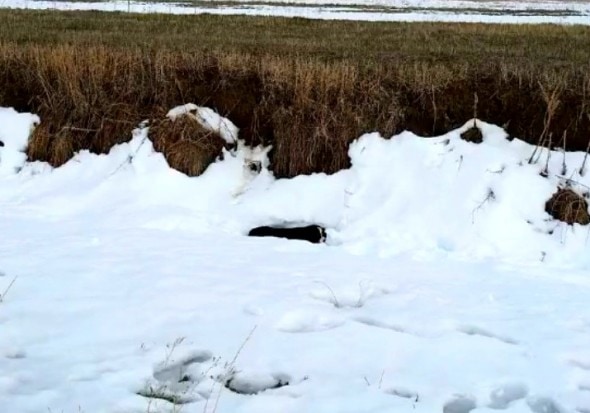 On Easter, a Bernese Mountain Dog named Maddox went missing after a car accident.  The next day, police received a call about a dead dog found buried in the snow.  When an officer arrived, she saw it was Maddox – but he was alive!

After Maddox disappeared from the scene of the accident, several people reported seeing him, but no one had been able to locate and catch him.  His family hoped that he was finding his own way home. 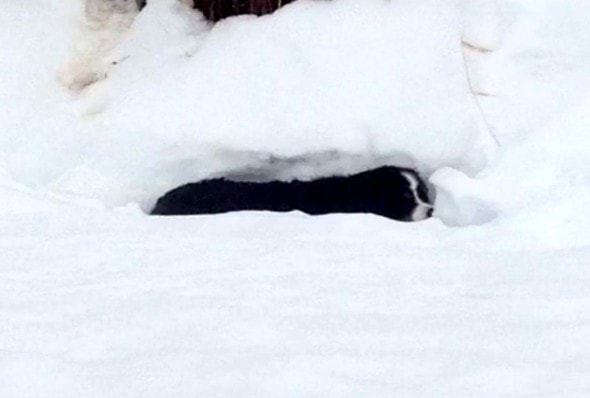 The next day, Officer Goldstone of the Broomfield Police Department was dispatched to a call made by someone hiking the trails of Wildgrass (an area north of Denver).  They had found a dead dog fitting Maddox’s description sunken into the snow.

“Officer Goldstone’s heart sank as she responded. As she walked about a ½ mile on the trail, she observed Maddox’s head lying on a snow back with no movement,” the department posted on Facebook.

But to her surprise, the dog turned his head.  He looked as though he were ready to die, but that soon changed. 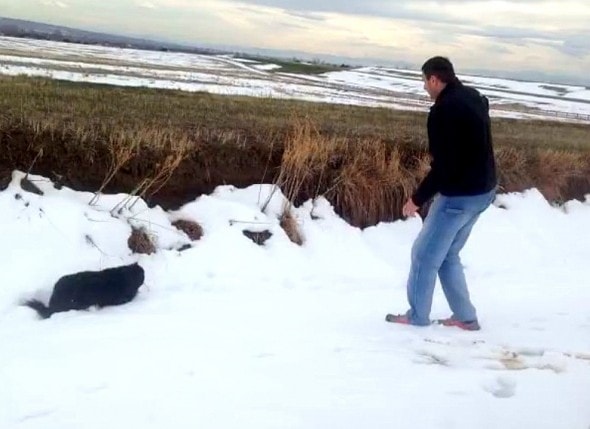 Goldstone contacted his family, and when he saw his dad coming towards him, he gathered enough strength to stand up and weakly wag his tail.  The man then galloped through the snow to Maddox and pulled him out.

He had spent the day driving around looking for his boy, and couldn’t help but get a bit teary-eyed at their reunion.  A visit to the vet determined that Maddox did not suffer any lasting damage from his ordeal.

“A special thanks to everyone that took the time to assist with locating Maddox,” Broomfield PD stated.  “We’re so glad that there was a happy ending to this accidental adventure!” 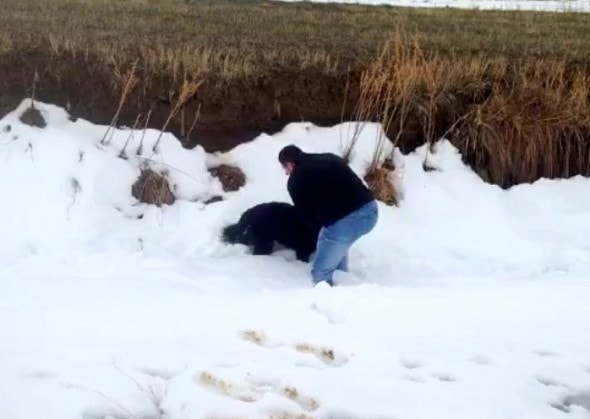