It was a hot, smoky Wednesday for residents at a Colorado Springs apartment complex when a fire broke out in one of its third-floor units.

Although folks inside got out and avoided injury, firefighters were on hand to treat some pets who suffered from smoke inhalation, giving oxygen to two cats, Benson and Milo, and a dog named Blue to get them up and about again. In total, according the the CSFD’s Facebook page, the rescuers also saved a turtle named Rio and seven goldfish. The animals’ owners were not home at the time.

Witnesses noted the scene was upsetting, according to Fox 31 Denver, but “Blue was up and wagging her tail” right away, per firefighters, and the cats were getting lots of snuggles along with their oxygen. 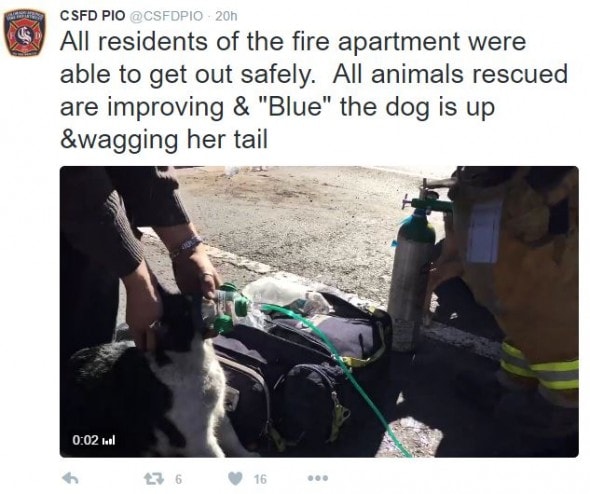