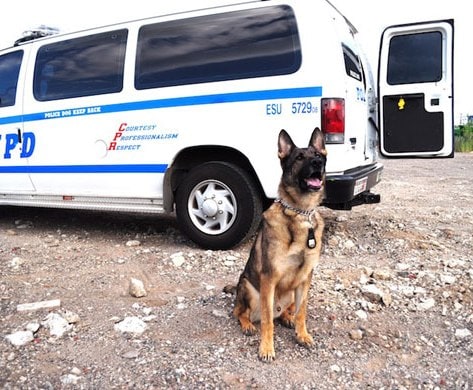 I’ve just finished watching a few hours of seriously compelling dog TV thanks to an advance press copy, and dog lovers have a lot to look forward to in Monday’s broadcast of Blue-Collar Dogs on Nat Geo WILD.

The special follows four-legged specialists hard at work in a number of different fields from medicine to border patrol, proving to be indispensable to their human colleagues and those who benefit from their work:

Many doctors, scientists and therapists are harnessing dogs’ extraordinary work capabilities to enhance and even save human lives.  The medical field has expanded use of dogs from assisting the hard of hearing and the physically challenged to predicting blood sugar crashes, detecting oncoming seizures and sniffing out disease.  With olfactory senses generally 100,000 times more powerful than a human’s, dogs are now being trained to detect epilepsy, diabetes and even cancer with a single sniff.

All across the nation, dogs are hard at work helping U.S. Customs and Border Protection stand guard over land borders, deserts and urban ports of entry.  Using their extraordinary noses, these dogs can outperform man or machine in detecting smuggled narcotics or concealed humans, and even locating victims stranded in the desert. Follow a K-9 team from recruitment through graduation to learn about the methods and science behind training a dog team, and how handlers use natural elements in the field, such as the wind, to their advantage. 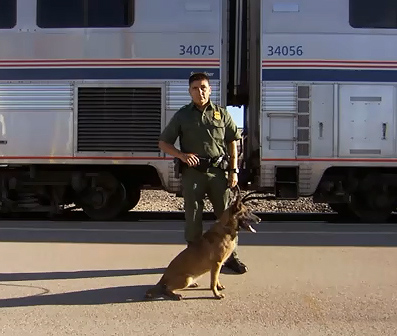 Video “The Cold Nose of Justice” – When it comes to contraband seizures, the nose of a dog never fails.

The New York Police Department’s K-9 squad is one of the nation’s most exclusive police units.  For decades, dogs have been first responders to crime scenes and terrorist attacks, and have even traveled to help in the aftermath of the earthquake in Haiti.  Go on patrol with NYPD’s K-9 Bomb Squad, Emergency Service Unit and Transit Units and watch as the dogs hunt for bodies through collapsed piles of wood and cement, patrol the bowels of NYC’s subway system, sweep major tourist attractions for bombs and guard the streets of the city’s toughest neighborhoods.