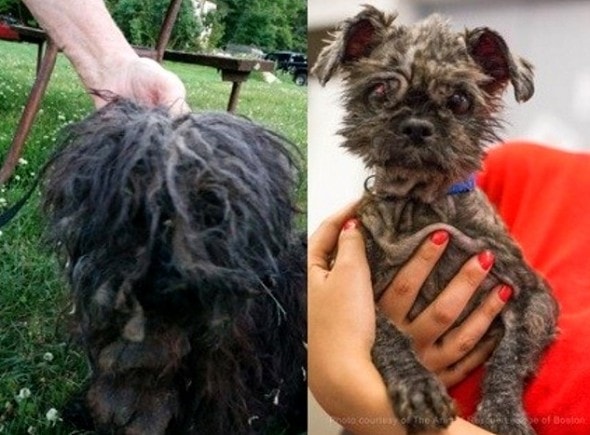 When a painfully matted, distressed dog was found wandering around a Massachusetts town, an anonymous tip led police to her owners, who had three other severely neglected dogs.  Rather than give them a slap on the wrist, police charged the callous couple with a felony, meaning they face up to five years in prison.

A concerned resident saw the poor dog and called for help.  Animal control and the Westport Police Department reported finding “a severely matted urine soaked animal stumbling around the area.”  They contacted the Animal Rescue League of Boston to care for her.

They called her Jersey, and had her thick mats carefully shaved off.  She was also suffering from horrible bladder stones, dental issues, and had other health problems that required her eyes to be removed.  Her medical care will cost around $4,000.

Meanwhile, police searched for the persons responsible for her condition.  An anonymous tipper told them her name was Bella, and that her family also had three Dachshunds who were being badly neglected. 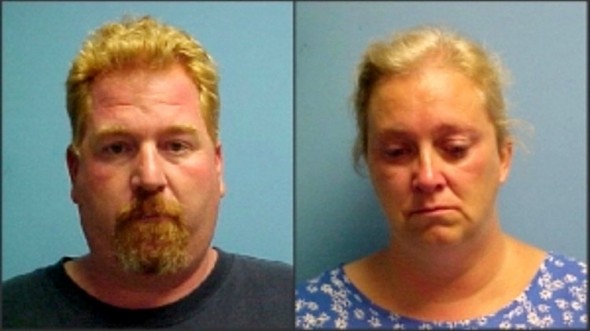 Investigators visited the home of Thomas and Kerry Burke, who permitted them to conduct a search.  There was evidence that Jersey, formerly Bella, had lived there.  The three other dogs were seized and taken to the vet.  One of them had a claw so long that it caused the pad to become infected and swollen.  Another was determined to have Giardia, a parasitic disease.

The Burkes were both arrested.  The admitted to being Bella’s owner, and were thus charged with felony animal cruelty.

“If you are going to own animals you must properly care for them,” said Det. Jeff Majewski. “Excuses like a lack of money or time doesn’t help a defenseless animal who is in need of medical attention!”

They were arraigned and released on bail, but they face harsh consequences.  And the dogs are at least on the road to better health and comfort, and will hopefully never have to suffer again.