When Christina Summitt saw the tip on the receipt left by a couple of friendly customers, she had to show her sister to make sure she was seeing it correctly.  After the pair chatted with her about her adopted dog’s expensive emergency surgery, they decided to leave her a $1,000 tip to help her pay for it.

Christina was tending bar at the Holiday Inn in Clinton, New Jersey when a couple noticed the paw print tattoo on her wrist and asked her about it.  She volunteers at Pibbles & More Animal Rescue, helping animals of all kinds find homes.  The couple asked if she had any of her own dogs, and she told them about her baby, Tucker, a Great Dane-black Lab mix.

Hours earlier, he had undergone emergency surgery to remove a hard plastic ball he had swallowed and was still at the veterinary hospital.  The man commented on how expensive surgery can be, and Christina confessed that the estimate was around $2,700.  She works three jobs – as a full-time hotel chef, and a part-time deli food prep worker and bartender.  Her husband also works full-time to support their three (step)kids, but they were going to do whatever they could for Tucker.

The couple had dinner and drinks, and when it came time to settle their $80 bill, they left a whopping $1,000 tip.  Christina couldn’t believe it.  Shaking and crying, she showed her sister the receipt to make sure there were really three zeroes after that one. 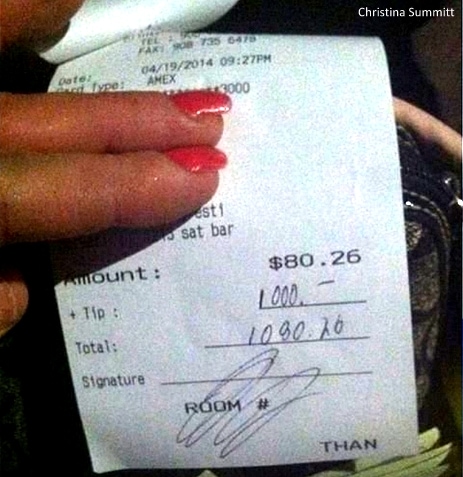 “I went back over and said, ‘Sir, I cannot accept this.. What is this for – why would you do this?’”

He told her it was to help out with Tucker’s medical care.

“I just stood there in shock,” Christina said.  “I walked around and hugged this couple.  They said, ‘We’ll be praying for Tucker.’”

Hotel manager Michelle Satanik was just as surprised, and later tracked down the man who wrote the tip to make sure it was legitimate.

“Apparently this man does this quite frequently,” she said.  “Just a really nice guy and humanitarian.  I have never ever seen a $1,000 tip like that.”

Christina is keeping the couple’s identity anonymous, and leaving it up to them to step forward if they choose. 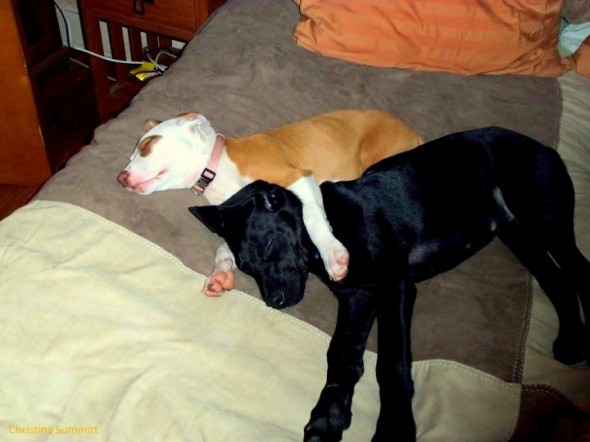 “I would love nothing more than to publicly thank this couple in front of the world.  I’ve never seen a random act give so many people so much hope,” she said.

She paid forward the kindness by paying for the meal of another friendly couple staying at the hotel.

Tucker was released from the vet on Sunday and is now recovering at home. 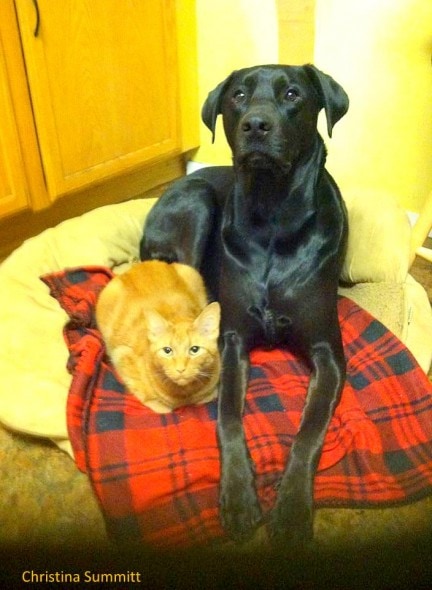