To simply catch a glimpse of Alberta, one might think they are looking at a prop from a horror movie set, but they’d be very wrong.  The intent with Alberta is not to scare people, but to train medical professionals on how to perform lifesaving medical procedures in real-time. 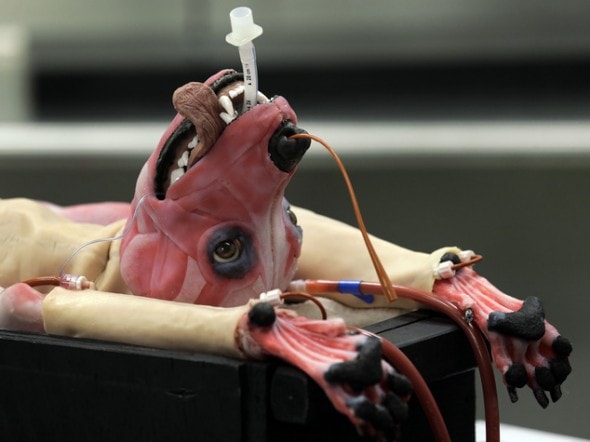 Alberta is 100% synthetic, and helps to provide veterinary students with an anatomically correct workspace to learn in.  Hopefully, Alberta will go to replace actually euthanized dogs from shelters, which are used as teaching tools in many schools now. 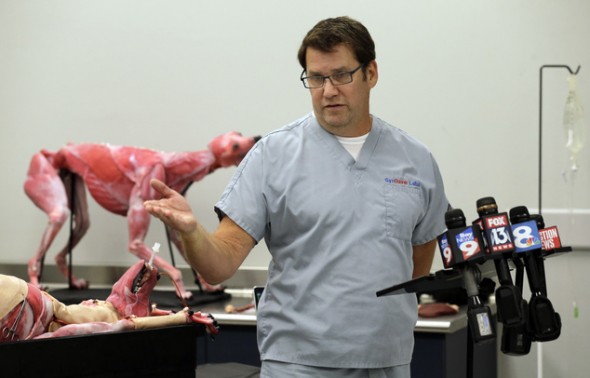 Alberta was designed at SynDaver Labs.  According to its founder Dr. Christopher Sakezles, “Animal cadavers are bad, not just because they were once live animals but because once the tissues are frozen and or preserved, they’re not the same anymore, so they don’t feel the same and they don’t perform the same.  This Product is going to give them more of a lifelike experience with the tissue.” 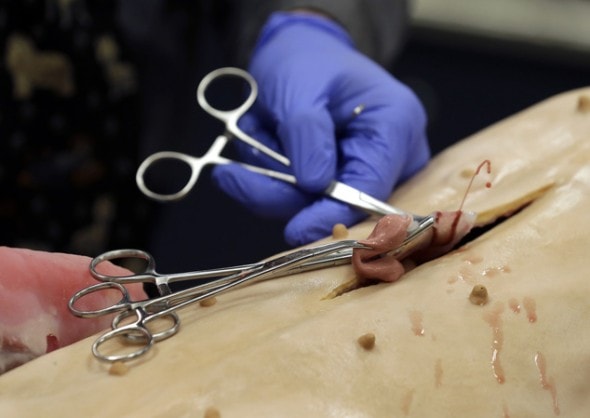 SynDaver also makes human cadavers made from the same materials as the dogs.  Just like the human version, the dogs will be made of polymers derived from water, salt fiber and other tissue analogs.  Everything from the skin, bones, muscles and organ systems are as lifelike as could possibly be, and far more realistic according to SynDaver.

One of the first places to get the new synthetic dog cadaver will be the University of Florida’s College of Veterinary Medicine.  They’ll be receiving 25 of them, and there are apparently many other order that will need to be filled on release day. 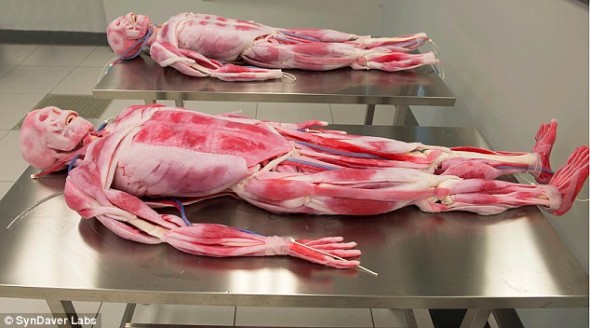