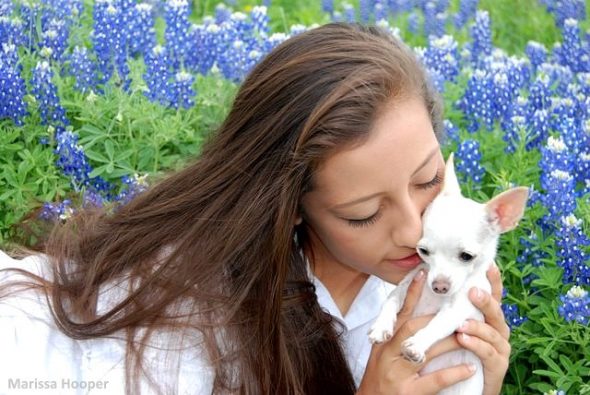 The Hoopers have recently acquired a little dog named Dixie to help keep them from developing empty nest syndrome now that their kids have flown the coop. Daughter Marissa exchanged some of the family photos with pics of the new pup to see just how missed she was, and the texts her mom sent are hilarious!

Marissa has moved away to attend college, but hopes that her family’s many framed photos bring happy memories to her retired parents.  But she wanted to see just how often they even glanced at them. 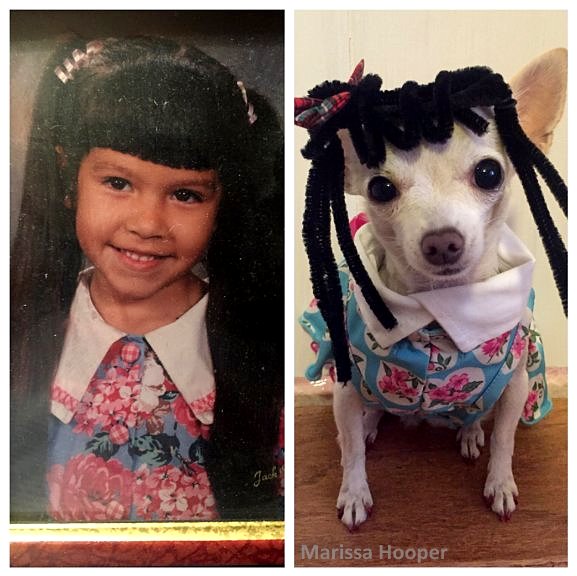 “One day my older sister (who has also moved out) and I were sitting on the couch wondering if my parents ever look at all the pictures to remember us when they miss us,” she told The Dodo.  “And I wondered, ‘If the pictures changed, would my parents even notice?’”

That’s where Dixie comes in.  The little dog was a willing participant in Marissa’s mischievous shenanigan. 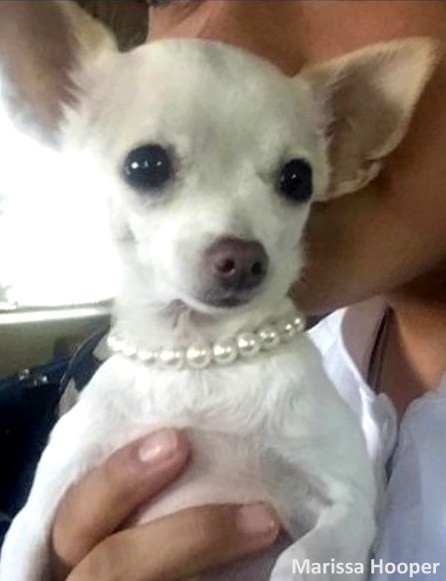 “Dixie is very accustomed to having her picture taken.  Some say she even poses,” Marissa explained.  “She’s very laid back and enjoys just spending time with us, whatever we may be doing.”

So Marissa got to work making tiny outfits to match the ones seen in the photos and snapped away.  Then she replaced the portraits and waited.  And waited. 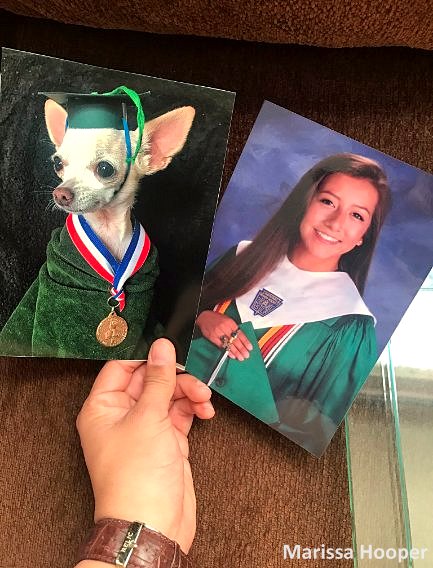 “It took about two weeks for my mom to notice, which is hilarious to me.  She runs a tight ship when it comes to keeping the house clean, and that means she obviously handled these pictures in the frames multiple times when she dusted and didn’t notice!  I found that very amusing.”

But Marissa didn’t just do it once – she’s pulled off this trick several times, much to her mother’s mortification. 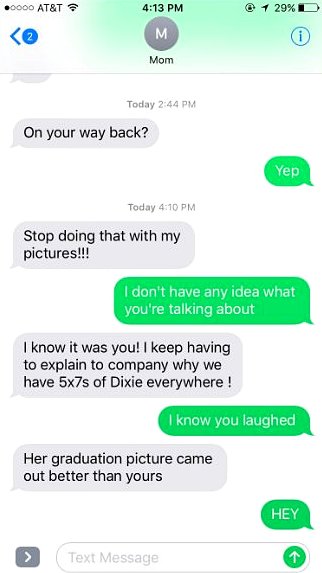 She always replaces them with the originals, but this won’t stop Marissa, who has pledged to continue playing the prank for as long as it tickles her.  Dixie is happy to help, as long as she keeps getting attention. 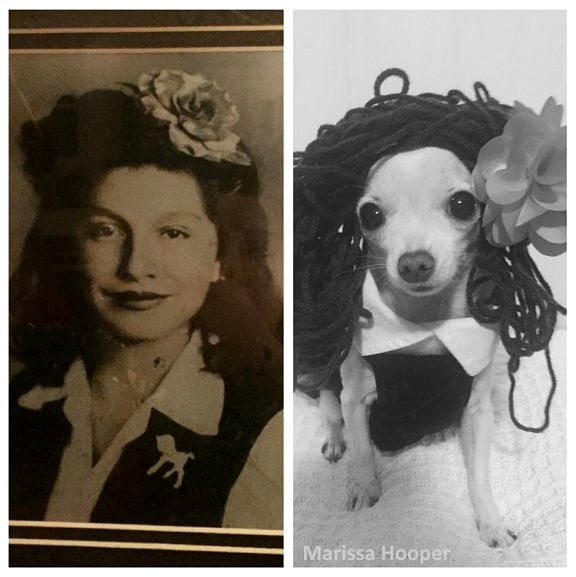