Among the many, classic comedy tropes that exist that have to do with air ports, poor baggage handling is one of the most common.  This story is about a team of baggage handlers at the Hartsfield-Jackson International Airport in Atlanta, Georgia, and they stand as the exception that DEFIES the rule. 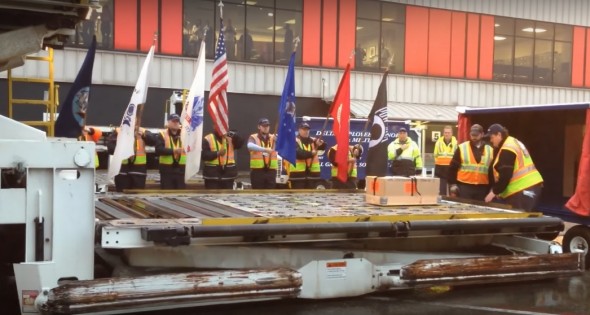 In the included video, you can see where they take extra time and reverence when handling the remains of a fallen American soldier and his dog.  The staff has a special ceremony that they hold for every fallen hero returning home this way, and it’s very touching. 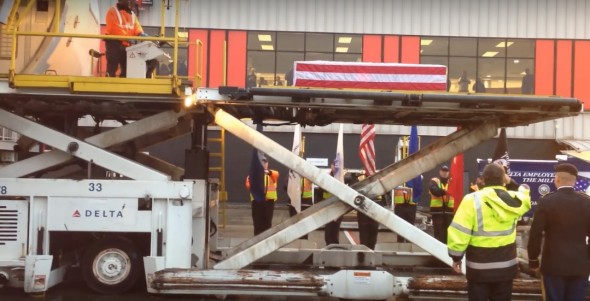 Thank you for showing a bit of (un)common decency and humanity in a world where things can seem utterly incapable of allowing for it.  It’s the little things like this that restore our faith in humanity!