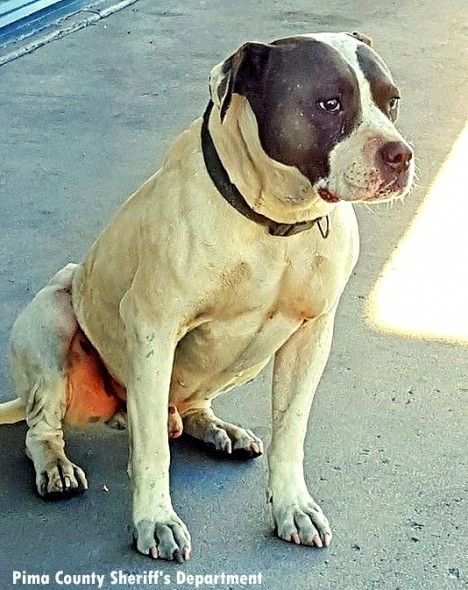 Last month, Deputy Donald Molchan of the Pima County Sheriff’s Department in Arizona responded to a call of a dog in distress.  He arrived to find a frightened and confused dog wandering around a gas station.  Before turning him over to the local shelter, Molchan couldn’t help but get a few snaps with the sweet boy.

The pit bull was very dirty, but he wasn’t malnourished and he claws appeared to have been trimmed in the near past.  He likely hadn’t been roaming for long, and was obviously scared to be out in the world on his own. 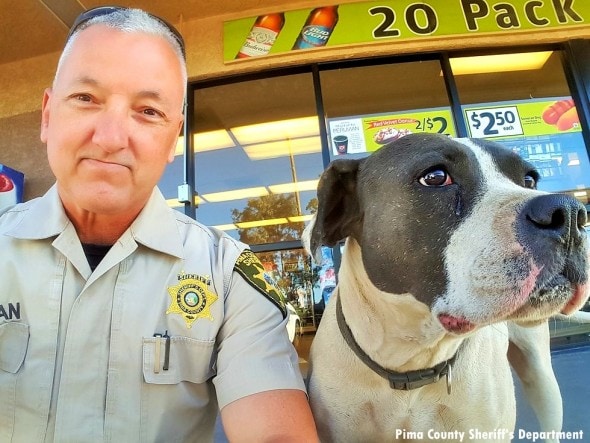 “It became clear almost immediately that the dog was just a big friendly pup looking for his home,” the department posted.  “Deputy Molchan described the dog as super friendly, playful and comfortable around people. The dog was also neutered, and was wearing a collar.” 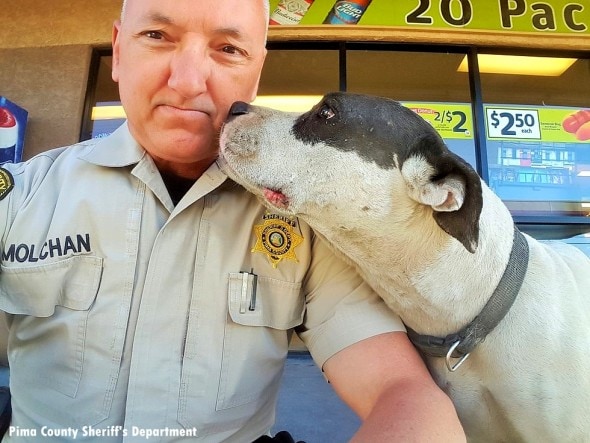 Molchan comforted the boy with food and water, and let him hop into the passenger’s seat of his cruiser.  He looked right at home.

The deputy took the dog to Pima Animal Care.  Hopefully by now his family has been located, but there is nothing on Facebook giving an update.  For more information, please call them at 520-724-5900. 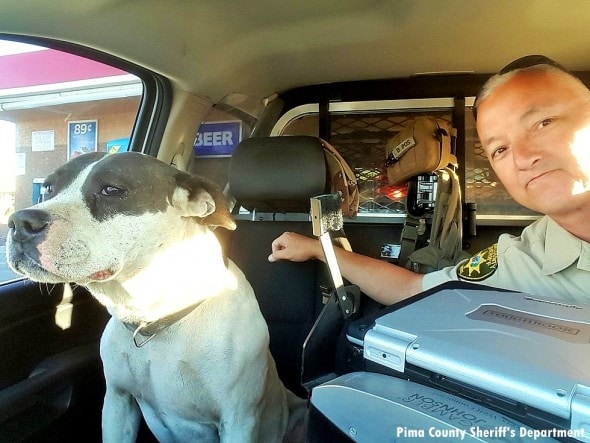