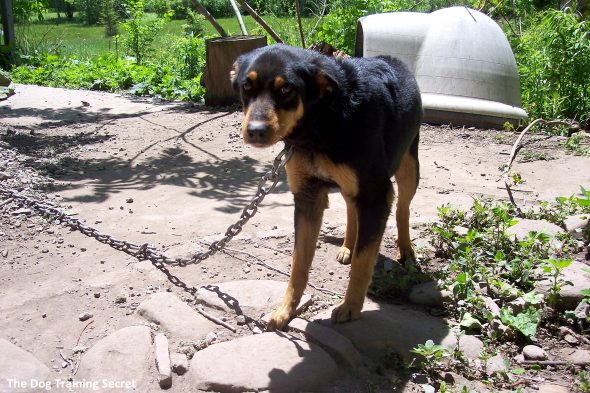 In a city that sees far too many abused dogs, a new ordinance has been passed to provide much greater protection to Detroit dogs who are being neglected outside:  they can no longer be chained, they must not be tethered outside for more than three hours, and they must have protection from the elements.

“This is a great move for the city of Detroit,” said Wendy Stroup, east side coordinator of C.H.A.I.N.E.D. told Fox 2.  “Our city council and our new Detroit Animal Care and Control which is just doing amazing things, staffed with compassionate people.”

This organization has seen dozens of dogs starving, dehydrating, and succumbing to the heat and cold because they’ve been allowed to be left out on chains.  These dogs also suffer from the effects of constantly being alone, and C.H.A.I.N.E.D. workers are hoping that the new legislation will decrease the number of neglect cases they see in the Detroit area.

“Without constant socialization and contact, they become bored, lonely and aggressive at times,” Stroup said. “Dogs on chains cannot flee.  They are a mark for other dogs that stray and can attack them on a chain in a yard. Also humans, with bad intent.”

The new ordinance states that no dog owner shall:

Continuously tether a dog for more than three hours per day.

Tether a dog using a tether made of anything but a coated steel cable at any length less than three times the length of the dog measured from the tip of its nose to the base of its tail. 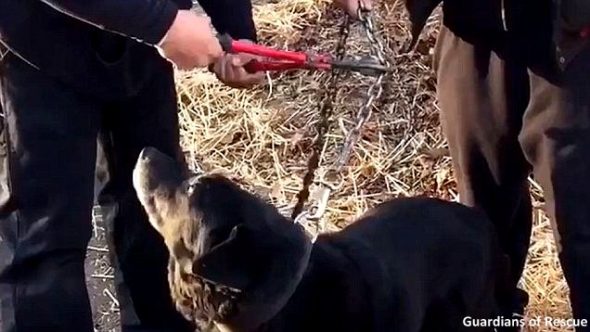 Use a tether or any assembly or attachments that amount to more than 10% of the dog’s weight or that significantly inhibit the movement of the dog within the tethered area.

Attach a dog to a tether by means of any implement other than a buckle-type collar or harness, so as to risk injury, strangulation, or entanglement of the dog on fences, trees, or other obstacles.

Tether a dog without access to shade when sunlight is likely to cause overheating or without access to appropriate shelter for insulation and protection against cold and dampness when the atmospheric temperature falls below 40 degrees Fahrenheit.

Tether a dog without securing its food and water source to prevent its being tipped over or spilled by the tether.

Tether a dog in an open area that does not provide the dog protection from attack from people or other animals.

Tether a dog in an area composed entirely of bare earth subject to becoming wet and muddy in the event of precipitation, and without any dry surface area for cover or protection.

Tether more than one dog to a single tether.

Tether a dog to a stationary object that would allow the dog to come within five feet of any property line.

Tether a dog without a swivel attached or equipped at both ends.

Violators of the law will be fined up to $500, and may have their dog seized after the third offense.  The Michigan Anti-Cruelty Society will try to help provide dog houses, fencing, swiveling cables, and no-tip food bowls to people in need. 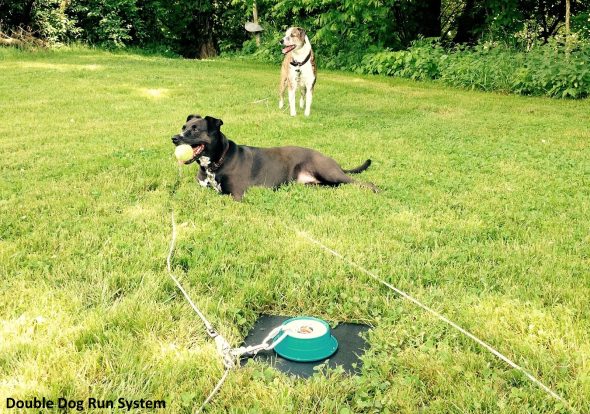