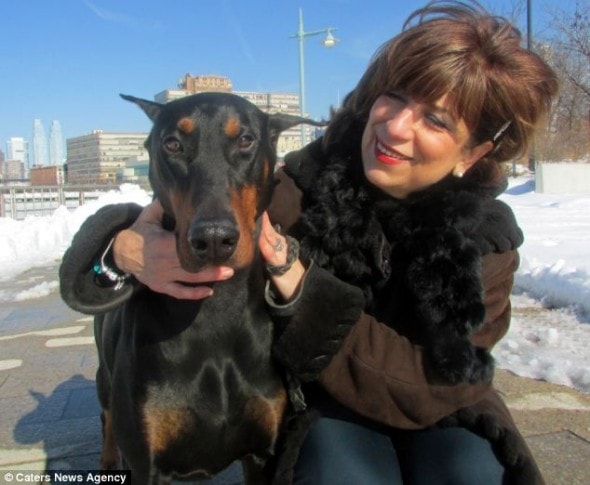 Diane Papazian owes her life to her dog Troy. The Doberman alerted her to a lump in her breast and a mammogram revealed that it was cancer.

Troy was only a 4-month-old puppy when he began nuzzling at Papazian’s left side. Papazian wasn’t sure why he was doing it, but he eventually caused an itchy allergic reaction which led Papazian to discover there was a lump there.

Papazian had received a mammogram six months earlier but decided to go for another one after Troy alerted her to the lump. The mammogram revealed she did in fact have breast cancer, and it was aggressive.

Papazian had to undergo a double mastectomy and chemotherapy, but she is now cancer free. Not only did Troy alert her to the cancer he was helpful during her recovery.

“Having him around kept my mind occupied and he would just sit by me and look at me with his big brown eyes full of love,” said Papazian. “Not only is he an amazing and compassionate dog, but he saved my life.”