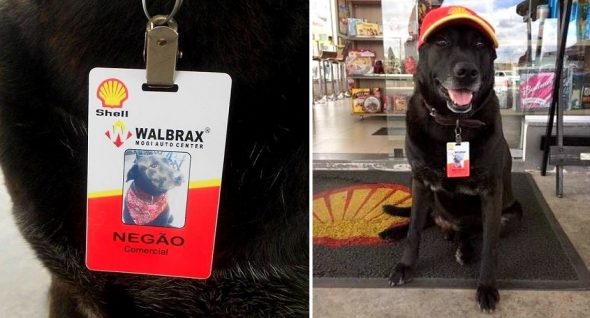 When a dog was dumped at a gas station in Brazil, rather than shoo him away, one of the owners adopted him.  And rather than have him stay at home all day with nothing to do, she made Negão an employee – complete with an official employee badge.

About two years ago, Sabrina Plannerer and her partner bought a Shell gas station in Mogi das Cruzes.  It was being renovated, and one day she noticed a dog wandering around the site by himself.  He was scared and refused to leave, so Sabrina decided to give him a home. 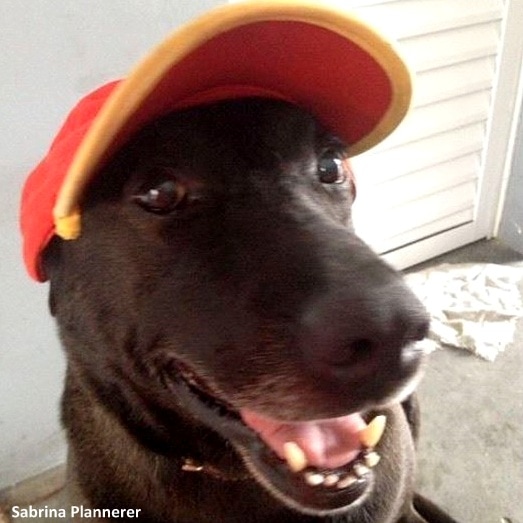 “We adopted him immediately and got him all the care animals need,” she told The Dodo. “We took him to the vet to get vaccinated and de-wormed. We bought him food, a dog house, and a leash to take him on walks.”

When the gas station reopened for business, Sabrina wasn’t sure how Negão would handle the steady flow of customers, but he demonstrated himself to be a real people person.  Though he’s not very good on the register, he earns his keep as the official store greeter. 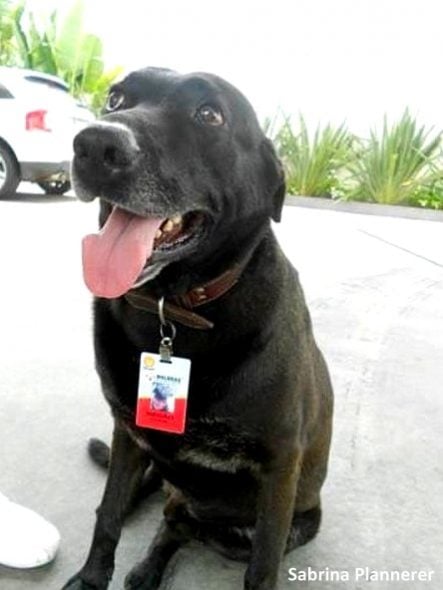 “Negão waits for people to arrive, and then goes up to say hello, winning them over with his charms,” Sabrina explained.  “Customers love him. Some people even bring him toys.”

The store is open 24/7, so there’s always someone around to keep him company and take him for walks.  Because of his permanent home at the gas station, he’s become a poster dog for local animal welfare group Grupo FERA, who strives to have businesses adopt dogs when more traditional homes cannot be found for them. 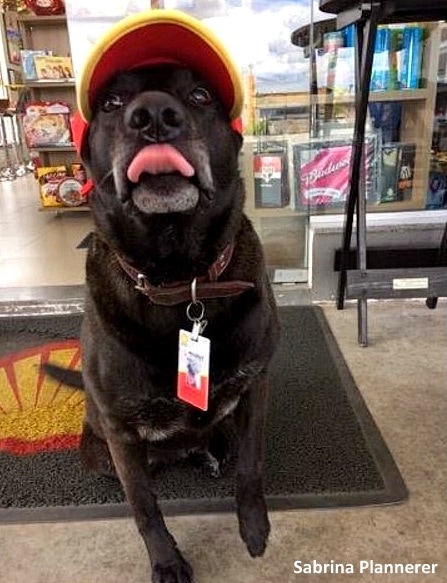 “It’s been sensational, encouraging people to have more respect for animals,” Grupo FERA said. “And workers enjoy having the companionship of a four-legged colleague.”

Sabrina concurs, and hopes that her floof will inspire other businesses to do the same – they might even gain a few more dog-loving customers! 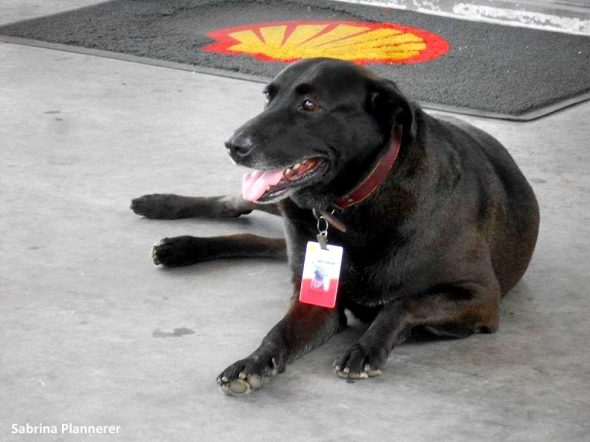