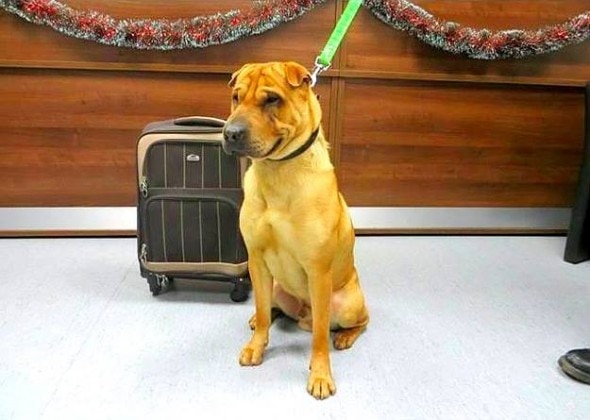 Kai is a Shar-Pei mix that after being sold on a website called Gumtree.com, wound up dropped off and left alone at a railway station in Scotland.  He was left with a suitcase containing his “things”.  There was a food bowl with some food, a pillow and a chew toy.  He’s been taken in by the Scottish SPCA, and thanks to his microchip, they at least found out his name.

Stewart Taylor, and inspector with the Scottish SPCA posted to their Facebook page the following:

“The dog is micro chipped and we were able to find out his name is Kai.

We contacted the owner registered to the microchip, who stated they had sold Kai on Gumtree in 2013. Unfortunately they could not tell us the address of the person who bought him.

This case highlights the potential consequences of selling an animal online as it often leads to the impulse buying of pets that people know very little about.

Regardless of the fact Kai was left with his belongings, this was still a cruel incident and we are keen to identify the person responsible. If anyone can help we would ask them to get in touch as soon as possible.

Kai is around two to three years old and is a lovely dog with a nice nature. We will look after him until we can find him a permanent and loving home.” 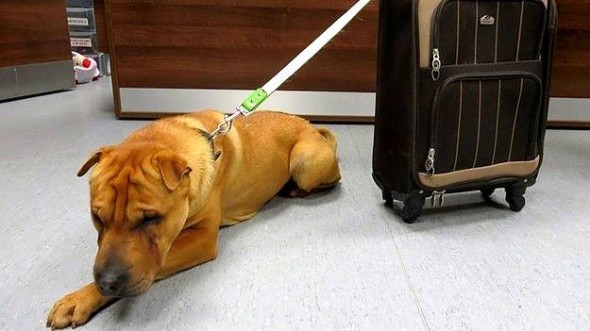