On Jan. 19, 2014, police rescued a man and a dog trapped inside a collapsed snow fort in Hermantown, Minn. 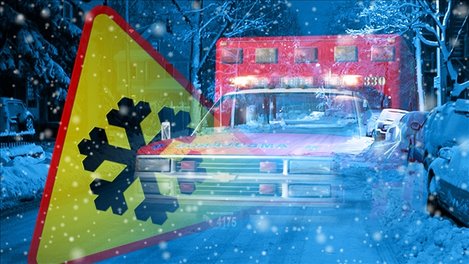 According to Duluth News Tribune, the 30-year-old man was inside the fort with his dog when the fort’s walls collapsed on them. His son was outside the fortress when the accident happened and he immediately contacted authorities.

When police arrived at the home, they found the man lying face-down. Sgt. William Marsolek said the victim had some trouble breathing, this due to the more than 2 feet of snow resting on top of him, but fortunately he was pulled to safety.

After rescuers pulled the man the fort caved in for a second time. The canine was able to escape the second collapse by running out of the man-made snowy quarters before getting buried in it.

An ambulance was called to the Minnesota home but the pet owner refused treatment. The dog was not injured in the collapse.

Even though building snow forts is a fun activity, police officials want to remind the public about the danger these pose. Snow walls can come down in seconds and children, as well as pets and adult can be trapped and injured.