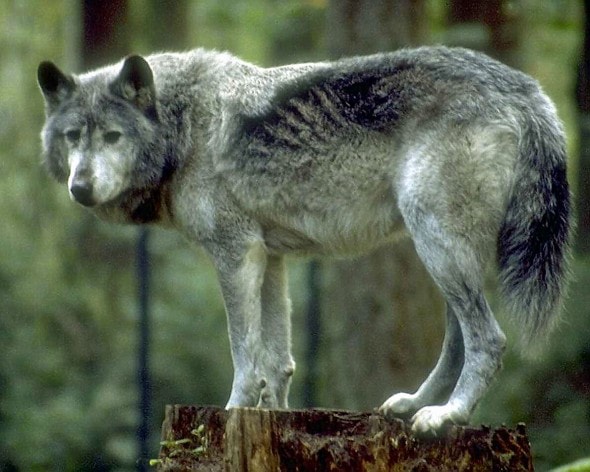 The ease with which people accepted the ‘dogs need to be dominated’ myth speaks more to the way we perceive relationships, than how dogs do. The idea that dogs evolved from wolves may be better explained that wolves and dogs share a common ancestor. That dogs and wolves share DNA is true, but when the percentage of similar DNA is touted to justify thinking of dogs as simply cousins to wolves, it belies a lack of understanding of DNA (not that I fully understand it mind you).

Much of the DNA that any animal shares with another is due to common morphology. This means that if an animal has 4 legs, fur, a tail, ear flaps, paws, etc., all the body parts that make dogs and wolves like each other, the DNA that produces those attributes will be the same. The research has shown that the DNA that dogs do share with wolves is not that of the American Timber Wolf, the animal most people assume dogs are descended from. But there is a reason dogs have managed to finagle their way under the covers of our beds- they are not wolves, coyotes, jackals, foxes, or hyenas.

Dogs have been evolving for likely as long as people have. That process and the process of domestication has produced a unique and quite remarkable animal. An animal who from what I can see, is rarely shown the respect and admiration which is their due, regardless of how much any one professes to love them. The rise of the puppy mill industry has created more misery and suffering than people seem able, or willing  to comprehend. Even dogs being bred by supposedly ‘reputable’ breeders often carry genetic deformities that will impair their quality of life, shorten it and deplete an owner’s bank account and break their heart in the process.

Add to this the methods being heralded to train dogs, methods that include; choking, shock & pinch collars, intimidation and force and I wonder if thousands of years ago some wolves on a continent far away had the prescience to know that becoming ‘man’s best friend’ was not going to be all it was cracked up to be.

You can join author Debbie Jacobs for a full day seminar on the care & training of fearful dogs on January 21, 2012 in Bow NH.