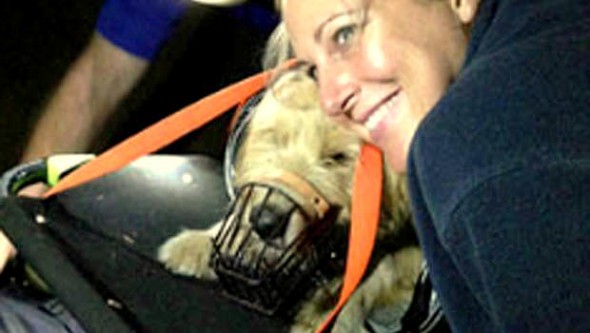 When Gracie plunged 200 feet over a cliff in Oregon on Sunday, her stunned owner believed she was certainly dead.  She and her friends and family were holding a memorial on the trail when a hiker told them that Gracie was alive!

Michelle Simmons was hiking near Punchbowl Falls along the Columbia River Gorge with her kids, friends, and Labradoodle Gracie on Sunday.  Gracie was romping about with another dog and toppled over the edge of the cliff.

“We were just hysterically crying. We were all just devastated,” Simmons said.  “We thought we’d all just witnessed the worst thing: your dog falling off a cliff.”

“We heard her land and let out this yelp. Then we didn’t hear anything after that.”

No one would guess she could survive such a steep plummet.  Further down the trail, Simmons and her loved ones held an impromptu memorial service for their fallen friend. 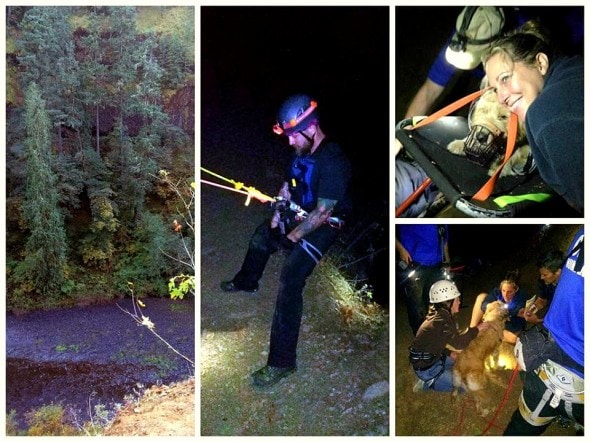 While they were grieving, they were interrupted by another hiker with an inconceivable declaration.

Four hours later, the Technical Animal Rescue Team with the Oregon Humane Society rescue team found Gracie and started work on getting her harnessed and lifted back up.

“When the rescuer got down to the bottom he radioed up and said she’s walking. She’s running. We heard her barking. I couldn’t believe it,” Simmons said.

Even more remarkably, Gracie survived without even a single broken bone.

“She just got a little pop on her lip. She got like two or three staples. We’re just saying it’s a miracle.”

Simmons will certainly exercise far more caution when taking Gracie out for adventures. 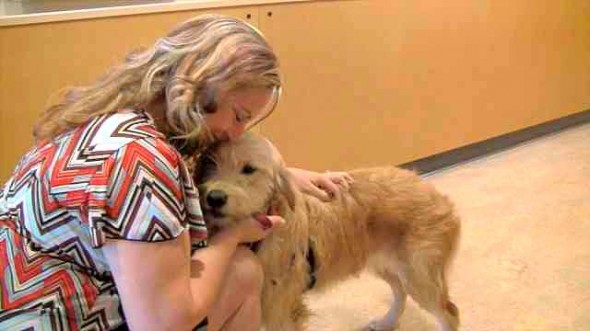