The recent earthquake that has hit Ecuador is the worst that’s happened there since 1987.  So far the quake has taken 400 lives, and the death toll continues to rise.  However not all hope is lost, as recently a dog was rescued alive and well. 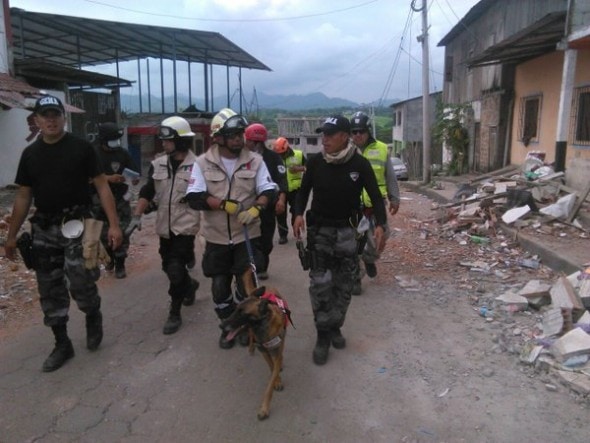 As one could imagine, there are teams of rescue personnel along with “sniffer” dogs trying to locate anyone possibly still alive, but buried in the aftermath of the quake.  The situation is treacherous, and rescue efforts may be slowed a little by aftershocks.  However no one is willing to give up the fight to find survivors. 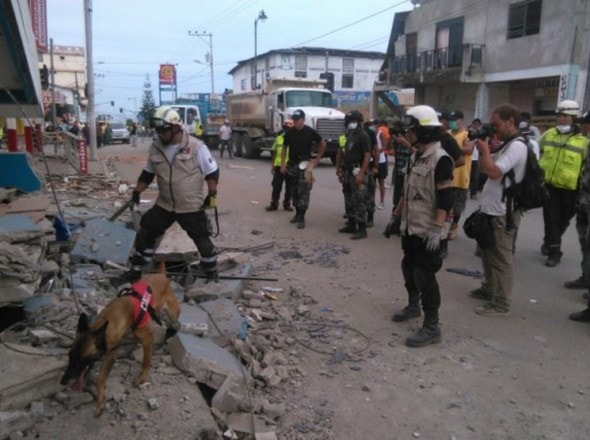 In the city of Manta, rescuers were able to find and secure eight people that had been trapped for 32 hours in a shopping mall.  A hotel worker was pulled from the rubble of the building he used work in every day.  Luckily, he was able to make a cellphone call to alert rescuers to his whereabouts. 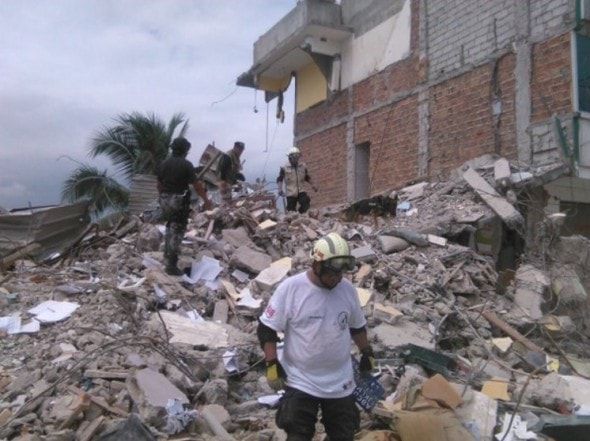 The dogs that have been working alongside brave rescue crews have been instrumental in finding and rescuing survivors all over the affected by the quake.  One of those lucky enough to be rescued from a rubble pile was in fact a dog! 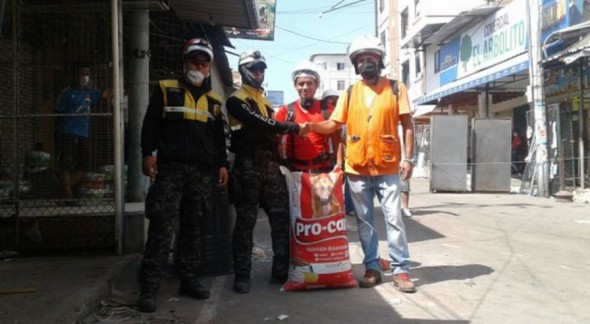 Ecuador’s national police have posted to their Twitter account about a dog that was found alive by search and rescue teams.  The humans got to work right away on removing the obstacles blocking them from the dog.  They eventually pulled him out, and he was very much alive, and actually not terribly hurt.

Great work rescue teams!  Without your dedication, this natural disaster could have been made that much worse.